Everybody got together on that day as one brother 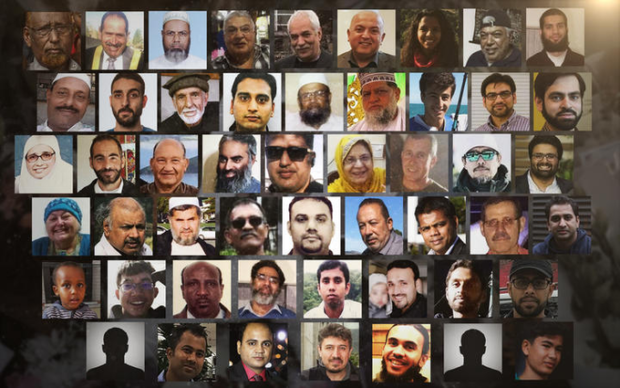 I thought that the sentencing of the Christchurch Mosque mass murderer would be something of a circus and do nothing but open up old wounds and allow the person in the dock to spread his message of hate.  But so far it has been a cathartic event and has given the victims the ability to vent their feelings.  And it has provided a chance for us to reinforce our solidarity with our Muslim brothers and sisters.

The messages delivered to the murderer have run the full gamut.

Jana Ezat, whose son Hussein Al-Umari was one of those murdered, found it within her heart to forgive the killer.

I decided to forgive you … because I don’t have hate. I don’t have revenge,” she said directly to the terrorist.

In our Muslim faith we say . . . we are able to forgive, forgive.

I forgive you. Damage was done and Hussein will never be here so I have only one choice to forgive you.”

Others chose to ridicule him.

Abdul Aziz Wahabzadah was the person who grabbed an eftpos machine and ran after the killer.  He drew gunfire but the bullets missed.  He then grabbed a discarded gun and speared the side window of the killer’s car with it and forced him to flee.

After the arrest he asked the police to allow him to spend 15 minutes in a cell with the defendant to “see how much guts he has without a gun”.

On Wednesday, he told … that his idea to breed hate between religions has failed.

“Everybody got together on that day as one brother,” he said.

He felt sorry for his family but felt nothing for the killer, saying he should feel grateful he didn’t catch him that day.

“It would’ve been a different story. The government would’ve saved a lot of money,” he said.

Wahabzadah ended by telling him: “Never forget these two eyes you ran from.”

As he left the courtroom, Justice Cameron Mander stopped him.

“Before you go,” the judge said, “I’ve seen the video and I want to acknowledge what courage.”

It prompted a spontaneous round of applause in the public gallery.

I have chosen these two examples as the most exceptional examples of the sorts of responses that have been given.  But every single victim has contributed to the hearing.  And I hope that this process has helped them with their healing.

There are reports this morning that the killer will not make any submissions.  Maybe the outpouring of grief and emotion have made him reflect.  If he does not speak this will be best.

The Sentencing Act provides that the Judge must impose the maximum penalty prescribed if the offending is within the most serious of cases for which that penalty is prescribed, unless circumstances relating to the offender make that inappropriate.  The maximum sentence for murder is life without parole.  I do not think that determining whether the killer’s actions can be categorised as the most serious of cases will be too difficult.

Update: he has been sentenced to life imprisonment without parole.