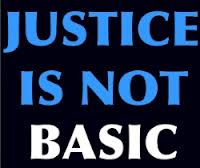 Yesterday I rather shamelessly threadjacked one of Irish’s posts on a Colin Espiner column in the direction of the Universal Basic Income idea. In this post I want to also shamelessly filch from Gareth Morgan’s book The Big Kahuna, specifically Ch.5 “The Five Big Issues” and wrap it into a quick read. (At some points I’ll be pretty much lifting words direct from the book.)

1. Vertical Equity. In the broadest sense this means the big players in the system, businesses and speculators, should not have unfair advantages over the smaller players like ordinary workers and beneficiaries. Instead our existing system deliberately allows numerous ways for those who have capital, wealth and access to good tax lawyers to avoid paying their share of tax, or allows them to re-arrange their affair to access benefits like Student Loans, Rest Home Care and the like … which they are not entitled to.

As Warren Buffet stated, he’s paying less than 15% tax overall, while his secretary pays over 30%. While locally there is the story of a farmer who owned properties worth tens of millions presenting a Community Services Card. The left has long denounced this kind of gross unfairness.

2. Horizontal Equity. This is the idea that like cases should be treated in like fashion. Because our current system is a inchoate mess of targeted benefits and tax credits, it is riven with inconsistencies. If you cannot work because you’ve had an accident you’re better off than if you have fallen ill. If you are in a job you’re family support via WFF is more generous than if you have the same children … but just got made redundant. If you are unemployed and your partner is over 65 you both receive Super at the couples rate, while if your partner is 64 you don’t.

Or an employee pays for his or her transport to work from after-tax income; while the owner of the business makes the same trip in a vehicle paid for from before-tax expenses. A landlord can claim the mortgage interest as a pre-tax expense; the owner-occupier of the same house cannot. And so on; there are any number of examples.

All these inconsistencies undermine people’s sense of faith in the system and fuel resentment.

3. Individual Responsibility. A well-designed tax system would encourage self-reliance and avoid stigmatising those who cannot achieve it. The current system puts barriers in the way of both these goals.

The big one is the very high marginal tax rates that are inherent in any targeted tax/benefit system. I cannot emphasis this more. A person say with one child and an accommodation supplement will find that if they move into a typical median wage job they really are not all that much better off … especially when you take into account the extra expenses they incur by working. (It’s a remarkable fact nonetheless that so many people will still choose to work despite the lack of ‘economically rational’ motivation to do so.) Nonetheless when the right talk about ‘welfare dependency’ they have a point; the current tax system certainly creates poverty traps that those with minimal motivation are unlikely to try very hard to leap over.

Much the same sort of problem exists with WFF; to avoid abrupt transition effects the abatement rate has to be set so low that incomes over $100k are still obtaining a portion of it. This doesn’t make sense in terms of the claimed purpose for WFF, while creating perverse, unintended incentives in the labour market place.

The current system pits self-interest against community interest; while an intelligent system would align them.

4. Efficiency. The total cost of administering our current system is much higher than most people imagine. Morgan notes that in 2010 the Ministry of Social Development (MSD) had a budget of $20.3b. Total payment transfers amounted to only $16b. Of the $4.3b gap he estimates $0.7b was incurred for reasons other than it’s redistributive function; leaving some $3.6b in costs. That’s an astounding 6% of all tax revenues for that year! It’s almost a quarter the size of the Health budget … just on the cost of running this absurd house of cards.

And this does not count the costs that IRD incur around WFF and Kiwisaver. The creakily ad hoc nature of the current system means that virtually every taxpayer needs to be dealt with on a case by case basis.

But those are the direct costs. A rational tax system would encourage people to invest their wealth in economically productive activities that would enable the nation to prosper. Instead it has more or less pushed us all the wrong directions, housing being the most obvious example. The economic costs of these distortions are impossible to calculate, but one only has to look at the absolute paucity of good companies being listed on our stock exchange, or the chronic inability of New Zealand-owned companies to capture their real potential in the global market to have some idea of the lost opportunity.

5. Adequacy. There are far too many people, and their children, living in poverty. Their access to the common good and prosperity of the nation if filtered through a layers of meanness, snobbery and indifference. No-one reading this blog is in any doubt of this. Despite all the immense cost of our redistributive system, it still leaves too many people in deprivation.

Worse still “too much government expenditure is currently directed towards ameliorative programs which primarily serve to contain a problem at a point where the possibility for change is lost”. The right has a legitimate point when they complain that too much of ‘their tax money’ is wasted.  We have $16b of transfer payments in this country … and we still have poverty? Something isn’t working here.

On all five of these underlying principles our current tax and redistributive system is completely broken. Another round of reforms, another Ministry reorganisation or re-branding exercise will only kick these broken bits around. Worse still it opens the door to Steven Joyce exploiting the opportunity to impose his own version of ‘crisis capitalism’ onto the system .. reforms that will use soothing and deceptive language … but in reality subvert these principles even further.

The UBI idea is not new. It has a long intellectual history; Keith Rankin and Gareth Morgan have done much groundwork locally. The Greens have a substantial history with the idea themselves. But if we want a new Labour/Green government to be anything other than yet another crew of passionless deck-chair re-arrangers the left must be able to articulate exactly what we want in a new deal. Tax and welfare are the two most invasive and potent of all things our governments undertake; it’s time to start creating a coherent political narrative the people of this country can understand and believe in.