Key has so much dirt to try and dodge that his playing slippery has reached a whole new plane. Depending on the political needs of the moment Key may or may not be:

With all due respect to the five-headed monster, I think it’s time for a new version… 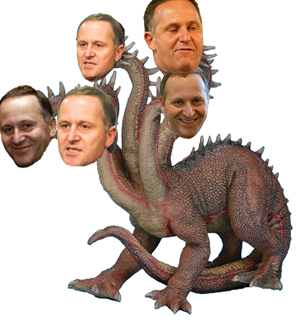