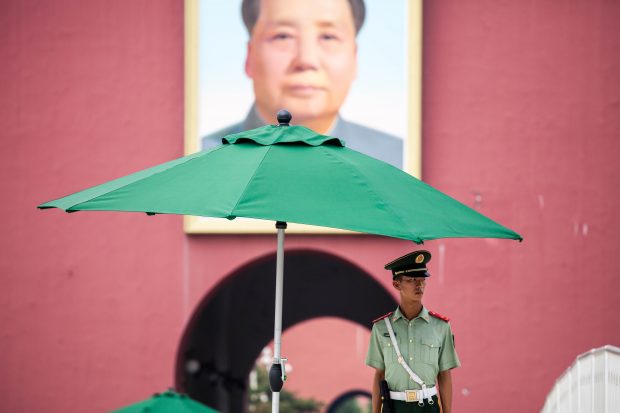 As Brexit fades our British parent country into a globally forgettable social embarrassment, we should remind ourselves that the only international politics of any impact on us is within Asia. There, as elsewhere, structured relationships are starting to crumble and impact upon us.

This is because Asia in the past decade has undergone remarkable transformation and taken New Zealand with it. The changes have been incremental and spread over several countries, so few realize that we are entering a new era. It is one that will feature a more assertive yet more internally turbulent China, coupled with a fracturing American alliance system and much more complex trade and military set of influences.
The crisis in Hong Kong and the deterioration of relations between South Korea and Japan are prologue to coming years. The Asian stability and security we’ve had for decades can no longer be taken for granted.

For a start China is no longer China, at least in the way it was known.

The China whose economy filled our Warehouses and KMarts and bought our luxury tours and wines with double digit economic growth, governed and economically orchestrated by a group of faceless and collegial technocrats held in check by strict term limits, has been replaced by a country ruled by a hardened autocrat overseeing an economy growing at only 6 percent.

China is morphing into a more mature system featuring a highly skilled workforce. Chinese President Xi Jinping is preparing the middle class for world power status, characterized by a command of ports and trade routes stretching across Eurasia. But he is also employing an unprecedented array of technology—including facial scans—to monitor and corral his people’s behavior. Xi knows he needs to be the opposite of Soviet General Secretary Mikhail Gorbachev—tightening political control instead of loosening it—to reform his over-leveraged, export-driven economy while keeping his country politically intact.

Xi’s new China is deploying its rapidly expanding navy throughout the Asian sea lanes, something that will transform the U.S. unipolar maritime security order of the past 75 years in Asia into a multipolar and therefore less stable one.

Some observers have had a tendency to view China’s naval aggression in the South China Sea and East China Sea as individual developments, to be reported on separately, when in fact they are having an effect on U.S. sea control throughout the Western Pacific. China’s latest port development projects in Darwin in northern Australia and near Sihanoukville in Cambodia demonstrate how China is filling up the maritime space at the junction of the South China Sea and the Indian Ocean, where it already has a network of ports going back to the previous decade. But it is only in the last few years that China’s new maritime empire has come sharply into focus. The Indo-Pacific is no longer a U.S. naval lake.

China’s increasing naval activities in both the South and East China seas also allow China to further threaten Taiwan. Taiwan is back as a flash point, with China holding military drills off its coast, even as Beijing has gradually refined its ability to launch missiles and engage in cyberwar against the island, while also demanding that the Trump administration cancel its $2.2 billion arms sale to Taiwan. This is what you get from both Xi’s and U.S. President Donald Trump’s policies of nationalistic assertiveness, and it won’t “correct” to pre-Trump.

Then there’s Korea. The unintended consequence of Trump’s somewhat confused commencement of talks with North Korea’s Kim Jong Un is that the latter and South Korea have jump-started a dialogue of their own. That dialogue will have its own logic and trajectory over time, leading in the direction of a Pyongyang-Seoul peace treaty and the eventual removal of more than 23,000 U.S. troops from South Korea. Don’t say it can’t happen. Divided-country scenarios in the 20th century had a tendency to end in unity: North and South Vietnam, West and East Germany, North and South Yemen.U.S. influence retreats with it, and makes it harder to justify U.S. military bases unwanted by Japanese locals.

Japan has been a massive U.S. ally for decades. Japan required a divided Korean Peninsula for its own security, because a Greater Korea uniting the historical memory of Tokyo’s brutal colonization and war from 1910 to 1945 would instinctively be anti-Japanese. The recent dramatic escalation of trade tensions between South Korea and Japan, itself aggravated by wartime Japan’s policy of forced labor and sexual slavery, is but a taste of what political united Korea and Japan. Trump’s incoherent engagement has opened up a Pandora’s box of issues that can set U.S. allies against each other—with China the winner.

Longstanding cultural and economic changes in U.S. society have produced the Trump presidency. And as a great power, the United States’ domestic situation ultimately affects the whole world, just as China’s domestic situation does. That is to say, only China can defeat China.

With the mainland Chinese government using targeted arrests to gently fade the Hong Kong protests, China will strengthen its absorptive capacity for protest and expand both its military reach and domestic market across the Indo-Pacific and Eurasia. Whereas U.S. emotional commitment to post-World War II alliances fade fast.

In Asia, that translates into Finlandization—an undeclared movement in the direction of the proximate great power. From Japan to Korea to Vietnam and even Taiwan and south to Australia, America’s old Asian allies may gradually move into the orbit of China the way Finland grew closer to the Soviet Union during the Cold War. From trade to investment to political donations, that’s where we appear headed already.

The countries listed above constitute most of our trade, most of our support in the world, all of our close military partners, and all of our future.

Forget Brexit: for our little Asian nation, China is the geographic, demographic, and economic organizing principle of New Zealand and of the western Pacific.