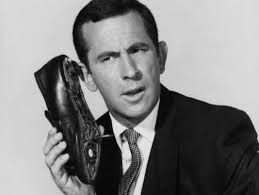 The way that lawmaking should occur is that a bill is introduced, it is sent to a select committee for consideration, submissions from the public and professional bodies are carefully considered, meaningful changes are then made and the bill is then returned to our parliament for our elected representatives to debate and enact if it is considered appropriate.

An important part of the process is for the Attorney General to consider the bill to measure it against the New Zealand Bill of Rights Act 1990 so that at least comment can be made if our rights are not being respected.

News released yesterday suggests multiple breaches of these constitutional understandings have occurred in the handling of the Health and Safety Reform Bill.  A new section have been introduced following the hearing of submissions which has the appearance of filling in an oversight.  It introduces the ability of the Director of Security to declare that some provisions of the bill do not apply to some workers carrying out work for the SIS or the GCSB.  No Bill of Rights review now occurs.  And a new schedule allows for classified security information being hidden from a Court.  Big brother here we come.

The Law Society is not impressed and released this statement:

The New Zealand Law Society has expressed its significant concerns at the last-minute addition to the Health and Safety Reform Bill of provisions for a closed material procedure for court proceedings where national security is involved.

The Law Society has written to the Minister of Workplace Relations and Safety, saying the provisions should not have been inserted at this late stage of the legislative process.

The provisions will allow a person to be tried and convicted of a criminal offence without seeing all the information relied on by the Crown and without the right to be present (or to have their representative present) during all the proceedings. This is inconsistent with the fundamental right to a fair trial, the Law Society says.

“We recommend removal of the provisions from the Bill, to await the outcome of an inquiry the Law Commission is carrying out on National Security Information in Proceedings,” Law Society President Chris Moore says.

The Law Society’s proposal that there be consideration of the Law Commission’s review of the use of national information in proceedings seems eminently sensible.  Putting this sort of provision into individual bills as they come up is draining and piecemeal and does not allow a proper debate on whether there should be trials with secret evidence at all.

Putting to one side the question of whether or not the provision is actually needed you have to wonder why it was not in the original bill.  Was this an oversight or is this an attempt to sneak it through?

There are similar provisions in other Acts.  There is power in the Passports Act 1992 for the Court to receive classified security information without the parties to the case having access to the information.  There are similar provisions in the Terrorism Suppression Act 2002 and the Telecommunications (Interception Capability and Security) Act 2013.  Generally these provisions give the Court access to classified information but the parties and their representatives are not.

Because of the shortness of time I am unable to say if the changes to the Health and Safety Reform Bill go any further than these other provisions.  But you have to wonder why the provision was not included earlier.  As can be seen by the other Acts there is a precedent for this sort of rule.

There has been some criticism of Labour and the Greens for not appreciating the implication of this change.  This is harsh.  The bill has had a number of changes made and the handling of it is an utter mess.  The Government should wear this, not the opposition.