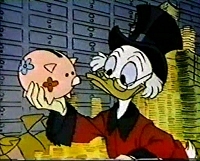 Free trade is basically a good idea. We live on a world of limited resources, we should use those resources as efficiently and sustainability as possible. Trade barriers that distort the costs of production in different countries undermine the efficiency of resource use. Ideally, we wouldn’t have them – but we would also need consistent labour and environmental standards between countries so that we don’t end up distorting the use of resources in a way that advantages those with weaker standards instead of those with the most efficient processes.

It would be a mistake, however, to think that free trade is an answer to the financial crisis we are facing right now. The financial crisis was not created by trade protectionism, it was caused by insufficient controls on greedy and irresponsible money traders. So, more free trade isn’t go to address the underlying problem with our global economy, it’s just going to give it a fleeting boost. It’s a bit like giving caffeine to a seriously injured person. Sure, they’re going to feel better for a while but once that passes, they’re still going to be in trouble unless you start treating what’s actually wrong with them.

Indeed, our experience increasingly says that free trade without proper regulation of international capital creates more trouble than good. By opening themselves up, countries are left at the mercy of money traders who have the power to collapse currencies and plunge economies into chaos, and can have a profit motive to do so without any responsibility for the consequences of their actions on ordinary people. We only need to look to New Zealand for an example – we have been subject to several attacks on our currency which have hurt our trade and we are constantly threatened with capital flight if we want to implement policies that are good for New Zealand but bad for rich foreigners’ profit margins.

That the leaders at APEC have jumped on the Doha Round of free trade negotiations as a response to the financial crisis is a cause for concern. It looks like they are dropping much needed reforms of the finance markets into the too-hard basket. Sure, a bit more free trade might mitigate the problems for now but, soon enough, we will again be paying the price for letting gamblers play with the fate of our economies.

13 comments on “Free trade no answer to credit crisis”