Friday fun: a drug-free Parliament by 2020

I’ve had this sitting draft for months 🙂 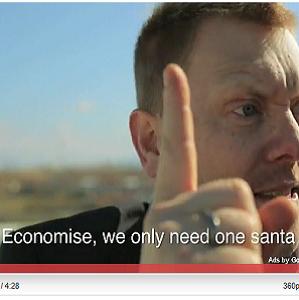 Last year, Icelandic comedian Jon Gnarr set up the Best Party to parody the parties that brought Iceland to ruin. The party contested the Reykjavik local elections with Gnarr promising a drug-free Parliament by 2020, a polar bear for Reykjavik zoo, a Disneyland, an end to debt, and to break all his promises.

The Best Party won over a third of the vote. Gnarr is now mayor of Reykjavik, and probably somewhat bewildered.

Remarkably, Gnarr’s mayoralty seems to be a success. The establishment hates him and the papers ride him all the time but he is unencumbered by the scars of old fights and unafraid to make decisions for the best. As he says:

“I wouldn’t have run if there had not been a crisis. But I was just so fed up with how things had evolved here and I wanted to interfere in some way. For me, it was a kind of civil duty. There’s been so much anger, suspicion and paranoia in our society for the last two years. I wanted to help bring about an alternative”

Inspiration for us all. Change is possible.

Gnarr’s next project? “To make Reykjavik a twin city of Mummin valley“