Friday will change Us As Citizens 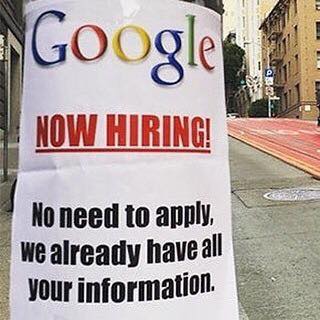 Whatever the timing of the plans announced on Friday, as of January 2022 New Zealand will be ruled by a very different kind of government.

While we may have been lifted out of martial lockdowns and some BORA rights reinstated in limited form, we have in fact surrendered to another more pervasive power.

The governing power we will have is not however what the leftie fantasy of a totalised state perpetually rolling out wealth redistribution. Nope, in the name of public policy it will be a governing power that will track where you are, who you meet with, how you travel to meet with them and travel back, track how you work and who you work with, what kind of risk you are to society whether you’ve done anything wrong ever in your life or not, what kind of job you can have, and whether you continue to inject year after year.

The state will be able to do so not because we collectively assented, or voted in this policy in a manifesto, or because it is law, or because you “allowed cookies”. It will do so because you will let it, or you feel the pervasive economic and social coercion at its disposal and squeeze to civic insignificance the holdouts.

So much a fresh price on our freedom.

That power to command us comes no longer from occasional exercises of Police with tasers and cuffs, or from our armed forces with the residual power of weapons. This is not old-style analogue coercion. It is multinational Big Data taking over government of our lives. Sure we will still have our analogue throwbacks like Brian Tamaki having actual picnics and an actual day in court in front of an actual judge. But this is not how the Team of 5 Million is being regulated.

No, the government that will guide and correct and command us will be one primarily from Big Tech. Our QR code system is run by Amazon. Nationwide use of vaccine ‘certificates’ or ‘passports’ were confirmed by the Prime Minister on October 8th. We don’t yet know the provider but it will be a conglomerate of Big Tech players. There will be an app available for verification, using mobile, or website, and printable. We don’t know whether safeguards will have any real force to them, but given how poorly New Zealand is regulated in any and all of its critical infrastructure I am not optimistic.

As airlines, hotels and restaurants specify “Double-Vaxxed Only”, it will spread to taxis, law firms, malls, builders and tradies, insurers and in fact every single transaction, and there is seriously nothing to stop Foodstuffs and Woolworths doing the same. We will not be provided with a new ‘human right’ to not demonstrate our QR Double Vax Pass. This will spread – even faster than the virus – to our major employers before you are allowed to get in the door. It will quickly erode inside public services like schools once the virus gets going through our children.

We will gauge its power not by whether there’s a knock on the door and you are personally required for an interview ‘down at the station’. No, there will be no due process at all. You will simply be DoS.

There’s a famous book by Robert Higgs called Crisis and Leviathan. It details how after each successive crisis, the government expands the power of the state to deal with the crisis, but almost never releases that accreted power back to the people once the crisis is over. This is what Ardern is announcing on Friday: the tools to calibrate an entirely smaller definition of freedom for New Zealand.

Consider how this works right at the top of power. While Steve Bannon’s Contempt of Congress charge needs to go through 6 different legal evaluation processes and may see the light of day through the DoJ and a Grand Jury over the next year, Big Tech has no such qualms. When President Donald Trump posted with praise for the January 6th insurrectionists, the House response was to form a committee and take a year to get to something. Whereas within hours, Facebook and Twitter suspended his accounts, Amazon, Apple and Google banished Parler, Paypal and Stripe stopped processing all his donor transactions, and Trump’s political operation shrank like a choked snake.

Imagine, in just a small way, if like Trump you decide in 2022 to buck the state, but instead of railing against an election you simply choose to remain unvaccinated. Or even if vaccinated, seek to refuse to disclose such medical records? What digital rights do you have to demand service and entry to any of the great tech portals that rule our lives and now manage our health system down to literally how we breathe? Your right to Apple, or Google, or Amazon, or Facebook, or Twitter? There is no regulator for this power. All we might plead over is the service ‘agreements’ you sign up to. It’s never, ever a right: it is a contract.

Covid19 is seeing the greatest expansion of state power into our lives since the formation of individualised digital IRD accounts. That power resides only in the first instance in the political order, but in exercised reality it is in the hands of Big Tech. Since the government has not had the courage or will to mandate vaccination proof for employers and let that decision be subject to political accountability, it has instead enabled Big Tech to take and deploy that same power over us.

The government through not mandating vaccine proof, has in proxy formed a vast, cruel unregulated market for social exclusion and inclusion in any good or service outside the four walls of your home. In the words of Frank Underhill, you will be entitled to nothing.

Rights to privacy are being swept aside as fast as the Bill of Rights were when the pandemic struck: they are next to useless. Our proposed regulations over ‘harmful’ content within Big Tech will be impossible once these giants have this much societal power: we will beg them to exploit our data, in order to retain access to society. Big Tech is rapidly the primary arbiter of most of our human rights.

The signal I want to see on Friday is that Ardern gets the scale of power she is handing over.
I don’t even think she has the power to stop it happening, even if she wanted to.

210 comments on “Friday will change Us As Citizens ”