National pollster David Farrar has taken time out of his holiday to create a graph showing the reduction in tax across incomes. Supposedly it shows National’s tax cuts weren’t for the rich after all – we just imagined it! But Farrar have avoided some inconvenient facts.

Second, the graph is cut off at 15%. Sure, not every graph has to start at zero but when you’re showing the percentage change vs zero, you should. And you do, unless you’re trying to distort the graph to make it look like the percentage decrease for rich people is smaller than it was.

Fourth, they seem to have missed the movement in the second threshold.

So, what do the graphs really look like if you break it down by year, so you can see how much came from Labour and from National. 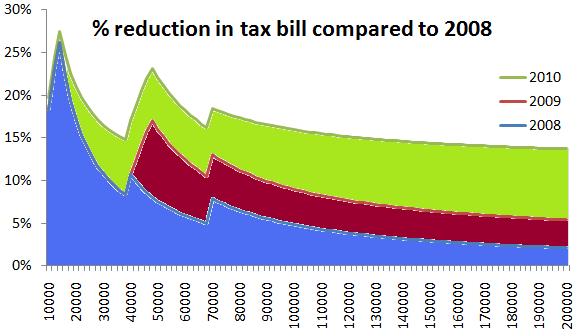 So, yeah. Seeing as 50% of people have incomes under $28,000, most of the % reduction in tax for most people came from Labour. For the rich though, the big reduction came from National.

What’s that in bucks? 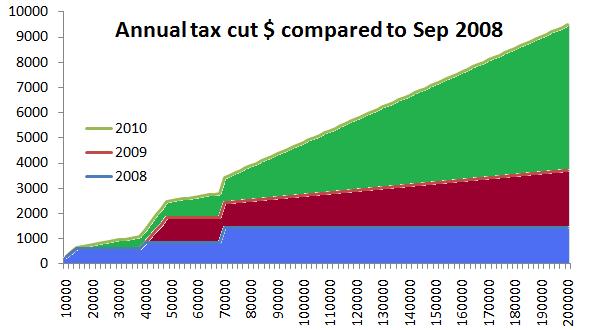 Labour made it so that the tax cuts topped out at $1460 a year. National made it open ended. The bigger your income, the bigger your tax cut.

Lastly, what’s the percentage increase in your net income from each round of cuts? 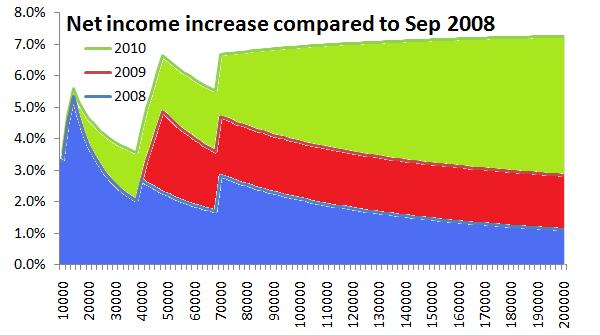 Yup, for most the biggest benefit was from Labour. For the elite, the big gain was from National.