The financial elite have set us all on course for Global Financial Crisis episode 2, as the limits of financial “extend and pretend” seem close to being breached. And boy is it going to be a biggie. Will “Grexit” trigger it? Or perhaps massive losses in the Chinese financial markets? Or some other rare but devastating ‘Black Swan‘ event (as described by Nassim Taleb)?

“Too big to fail” financial institutions were so labelled because their failure would pose systemic risks to the global economy (or so gullible/ignorant politicians were told while entire treasuries were held hostage by insolvent banks). But these ‘TBTF’ institutions are now bigger than ever while the global leadership class continues to engineer our societies for fragility and not for resilience. 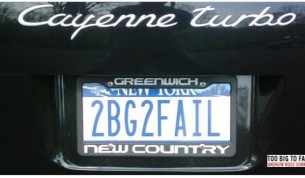 Matt Taibbi at Rolling Stone skillfully revealed the many official lies told around the bank bailouts: that there were no alternatives, that the public got its money back, etc.

Meanwhile, ordinary people live under the boot of daily austerity, ostensibly because there is ‘not enough money’  – which is a nonsense, especially if you understand that today, money is created ex nihlo (‘out of nothing’) by computer keystrokes (I’ll post some time on my All Blacks vs Japan analogy for that). In reality, “austerity” at its core is little more than a greed based exercise of power, financial repression and resource rationing.

This is all the result of choices made by the global leadership class whereby irresponsible bankers got bailed out to the tune of $$$$$ (and got huge bonuses), while householders, workers, small business people, retirees and even whole nations were left to quietly sink or swim on their own. In some cases, they have been deliberately held under water (Greece) or used as sacrificial geopolitical pawns (Ukraine).

Max Keiser describes one aspect of this system as “interest rate apartheid.” If you are a privileged financial insider, you get access to all the money that you want no questions asked, at near 0% interest rates (in fact, spouses of big bankers were found to have personally received millions in nearly free government funds). If you are an in-favour nation, then you can borrow using the markets at a low 2% or 3%. For ordinary individuals, being subject to 15% plus interest rates on personal loans and credit cards is commonplace. 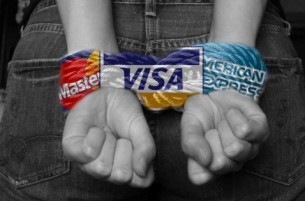 For those ‘untouchables’ at the very bottom of the financial heap cut off from routine sources of credit, annualised interest rates of hundreds of percent per annum apply. Yes, debt has long been an effective tool of political and social control, and interest rate apartheid numerically quantifies your current level of privilege in the system.

Depending on its timing, National will be probable electoral beneficiaries of GFC episode 2. Why? Because Andrew Little, Annette King, and Finance spokesperson initiate Grant Robertson won’t be able to overcome the “safe hands”, “don’t put it all at risk”, “steady as she goes” memes the MSM will tack on to the “proven experience and market credibility” of John Key and Bill English.

Laugh, cry or gnash your teeth, that’s just the way it is. 26 comments on “GFC 2 in the oven: trillion dollar bailouts ”