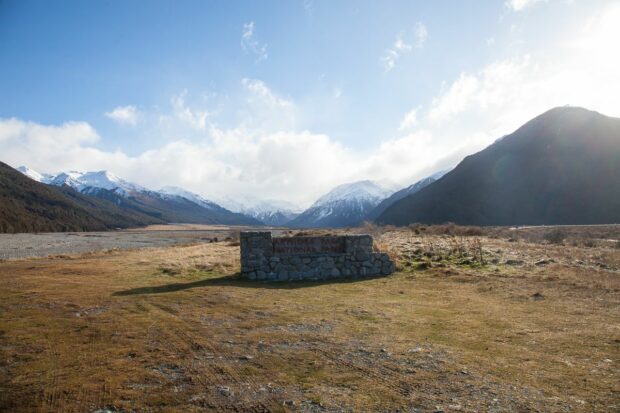 COVID has reminded us how good New Zealand is, and we should remember how we were reminded.

It will take years to figure if this government really has shifted what we can expect from the state; whether it is regaining a good measure of that strength so deliberately destroyed in the thirty years before 2017.

There are questions that will remain after this current crisis is over, such as: why didn’t New Zealand move back from the extremes of Rogernomics in the generation since? Why was the left relatively timid and the right unable to propose more than privatisation and deregulation? We will leave those questions to historians of political economy.

As we head into 2022, New Zealand has a significantly re-aggregated state: centralised polytechs and labour force planning, centralised re-regulation of 3-water production and price, far stronger public housing providers and developers, re-centralised healthcare, invasive public and private employment mandates for the unvaccinated, a highly integrated carbon market, tens of billions spent by government to business to protect jobs, further tens of billions on infrastructure projects across the country for years to come.

We have also endured some of the most extreme public lockdowns in the world.

Across such rapid expansion in state power in the course of just two years, protests have been minor. Public praise for the Prime Minister remains high deep into the second term and Labour popularity also remains high.

Despite their best efforts, those pushing to re-open to the risks and opportunities of the COVID world have not succeeded. The government measured its own cadence to it all, with very high success. Perhaps we collectively learnt from the blitzkrieg of Rogernomics that we ought no longer look to the United States as a model for rolling out governmental policy of any kind. Responding to COVID we resolutely made and walked our own path as at perhaps no other time in our history.

Through that crisis, welfare payment levels increased, minimum wages increased, Working For Families was sustained, public institutions such as Kiwibank and NZSuper and ACC were strengthened, apprenticeships were made free. The role of Maori-based NGO health providers was also strengthened.

New Zealand is coming out of this crisis with greater social cohesion than when it went in.

This tells me that New Zealanders continue to express deep values that do not fit with a free-market ideology and do fit with a people that assent to a highly mandated state that distributes very significant public goods to all and in particular to those who have the least.

Despite three decades of one-sided, mean-spirited policy and politics, New Zealand retains a very strong base of social capital evidenced in high respect and trust for each other; willingness to work together; willingness to sacrifice for the common good; and recognition of collective action for our common survival and prosperity.

This makes New Zealand, right, now, one of the most hopeful places on earth.

The last two years are showing that great things can still occur in this small, remote place. It has also shown that while the wealthy and their political loudhailers took away much of what was good of us in the past generation, they certainly lack the moral authority to dictate how our society evolves together. New Zealand builds and retains that moral authority as a full collective.

With the right kind of government – a Labour government – New Zealanders have shown each other that they have the power to fundamentally change the direction of this society for good. A quiet pride is deserved.

But just one point further; with our economic growth and social cohesion accelerating into 2022 against most global measures, New Zealanders can also be, once again, a source of inspiration for much of the world. We are good again.