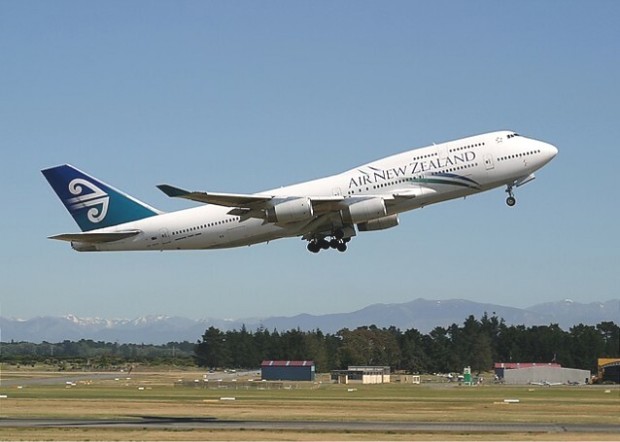 The New Zealand government has just increased its loan to Air New Zealand to a $1.5 billion total, and there’s a catch.

Air New Zealand are of course our face-to-face lifeline to the world in so many ways; they carry families, refugees, friends, vaccines, tourists, freight, and pet dogs. They connect the New Zealand realm of Pacific islands together. You can walk through all the now-dying towns in Otago and Bay of Plenty and see this simple fact: other than tax itself, Air New Zealand is our single largest economic instrument.

Air New Zealand is one of our strongest single CO2 producers, and also one of the longest and clearest in expressing the extra you should pay in carbon credits to offset every flight.

Air New Zealand is also a further $185 million in the hole, so with that loan comes the payback.

The new Ministerial Letter of Expectation is very clear that the government has had your back, so they now expect Air New Zealand:

National, and Fran O’Sullivan in the NZ Herald of course, hate this degree of specificity in a Letter of Expectation.

The degree of specificity in the LoE will relate to both the vulnerability of a massive part of our economy to our airline, but also to union expectation to ‘build back better” after making multiple hundreds of people redundant, and also that Air New Zealand is about to be a standout feature in the Government’s carbon reporting.

I am sure there is more to come once the Government finally makes its whole-of-government response to the Climate Commission’s recommendations on May 31st, but right now this is one of the very few times they have really stepped beyond the strict New Public Management divisions of Management, up to Board, and only annually up to the Shareholder.

It would have been great, midway through its second term, for this government to take other public entities to take to task the corporate nasties such as Ports of Auckland – who is run by a genuine anti-union shit.

Or the electricity generators over which it has majority control. Or … well there’s a long list isn’t there.

In fact the degree of control Minister Robertson is exercising is in stark contrast to the dangerously ineffective governance exercised by Auckland’s Phil Goff in transport, water, stormwater, or indeed much else.

We could also complain reasonably that there just isn’t the experience within this Cabinet to take on the oligopolies that actually control this country. Love him or loathe him but Shane Jones made major corporates quake as he roasted them (Air NZ et al), or purr as he fed them (Kiwirail, construction companies, provincial corporate iwi). This 2020 government are content with slightly stronger cartel legislation – and a few meaningless reports into petrol and electricity that will go utterly nowhere. And this same degree of Ministerial control is particularly lacking in both Ministry of Transport and NZTA.

But we’ve got what we’ve got, there’s few votes to gain in governance, so there’s no point getting all carried away with what other companies the government could exercise strong influence over.

But Air New Zealand and Auckland Airport are a binary star system that pulls in and controls our largest economic sector: tourism.

So that is reason enough to really hold as tight a rein as possible over the Air New Zealand board.