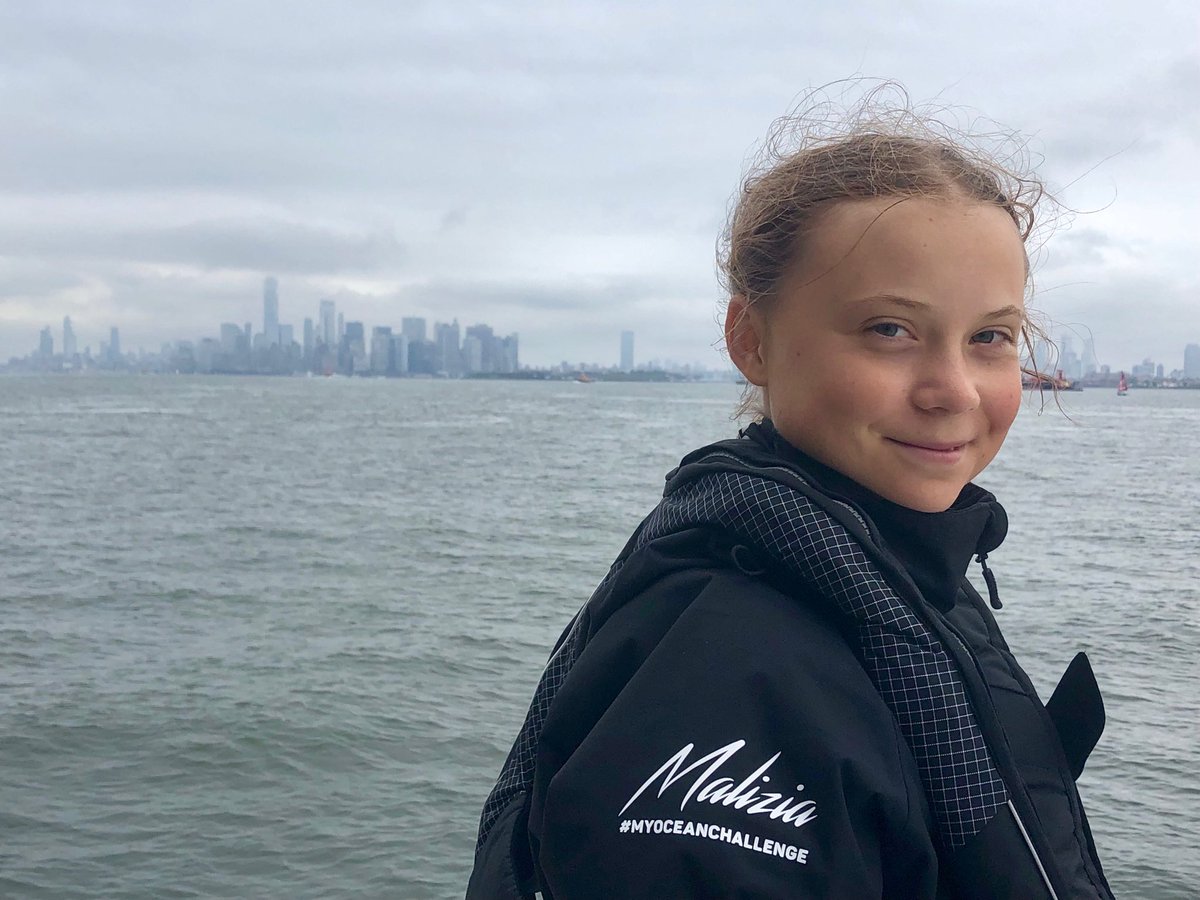 Greta Thunberg turned 18 a few months ago and I did not notice it until now.

She has had this cut through with the world’s media for the past few years.  She set herself up as a one person campaign against climate change.  She simply said the truth and told us what a shit job us adults and leaders were doing to address the crisis.  Like a few years ago when she said:

My name is Greta Thunberg. I am 15 years old, and I’m from Sweden. I speak on behalf of Climate Justice Now!

Many people say that Sweden is just a small country, and it doesn’t matter what we do. But I’ve learned that you are never too small to make a difference. And if a few children can get headlines all over the world just by not going to school, then imagine what we could all do together if we really wanted to.

But to do that, we have to speak clearly, no matter how uncomfortable that may be. You only speak of green eternal economic growth because you are too scared of being unpopular. You only talk about moving forward with the same bad ideas that got us into this mess, even when the only sensible thing to do is pull the emergency brake. You are not mature enough to tell it like it is. Even that burden you leave to us children.

But I don’t care about being popular. I care about climate justice and the living planet. Our civilization is being sacrificed for the opportunity of a very small number of people to continue making enormous amounts of money. Our biosphere is being sacrificed so that rich people in countries like mine can live in luxury. It is the sufferings of the many which pay for the luxuries of the few.

Her social media was great and her twitter game extraordinary.  Like the time she owned then POTUS Donald Trump. 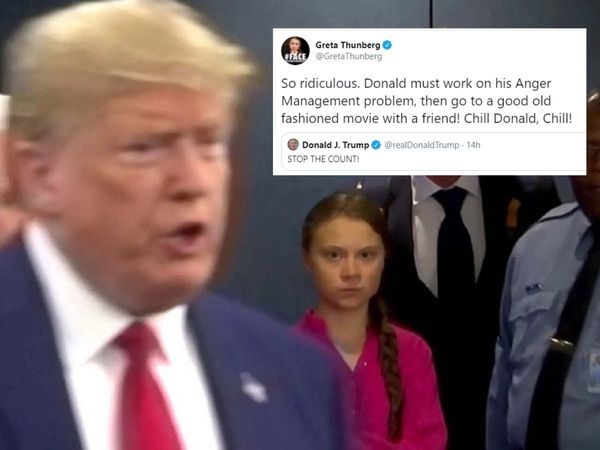 Right wingers hated her.  Dave Roberts in Vox has this description of some of the responses to her, especially after her Trump tweet response:

Trump’s sneering attack came amid a torrent of often misogynist and ableist abuse hurled at Thunberg since the speech, with conservatives attacking her demeanor, her looks, her mental health (she has autism), and above all her autonomy, claiming she is “brainwashed” or a victim of child abuse. Several have compared her speeches to Nazi propaganda.

“She’s ignorant, maniacal and is being mercilessly manipulated by adult climate bedwetters funded by Putin,” ranted C-list climate denier Steve Milloy, somehow fitting all the mutually contradictory stereotypes about powerful women into his pea brain at once.

What’s remarkable about this is not that the right-wing slime machine has gone to work against a new progressive threat. That’s what it was made for. What’s remarkable is how ineffective it’s been, how little it has affected Thunberg and her extraordinary influence.

The right-wing tabloid Daily Wire has published some of the vilest stuff about Thunberg. But when it sent Michael Knowles to Fox News to say Thunberg is a “mentally ill Swedish child who is being exploited by her parents and by the international left,” Fox took the rare step of apologizing to viewers and saying it would no longer book Knowles.

On a female-led Fox show, the lone male guest (“Buck Sexton,” I kid you not) went after Thunberg and was promptly scolded by the hosts for “kid bashing.” Up in Canada, Maxime Bernier of the far-right People’s Party of Canada was forced to apologize for calling Thunberg “mentally unstable.”

These moments of accountability on the right are rare, of course — there are dozens, hundreds more examples of attacks far uglier than this that have brought no pushback at all. But they help illustrate that Thunberg has the rare ability to tap into something human, something that, at least sporadically, can break through the media filter pushing the public into partisan camps.

The BFD has published 114 anti Greta posts.  The Heartland Institute, a conservative tank tank,  tried find an anti Greta, a young person who celebrated free markets.  Trying to match passion for unfettered capitalism with passion for saving the world from destruction just isn’t the same.

Greta’s approach, sticking to the science and refusing to be distracted, is optimal.  And it clearly shows the paucity of the right’s response to a crisis that by now is exceedingly clear.

I don’t know if her efforts to keep humanity safe from itself will succeed.  But we need good people like her to constantly remind us what is at stake.  And what we can do to turn this around.

My deepest gratitude to everyone fighting to wake people up to the climate and ecological crisis.
The reason we're still in this mess is because we're outnumbered by those telling us to go back to sleep, saying sufficient action is taken when it's not.
In 2021, let's change this! pic.twitter.com/rjGfYfL5ac