Guest post – is it safe to lower the lockdown level? 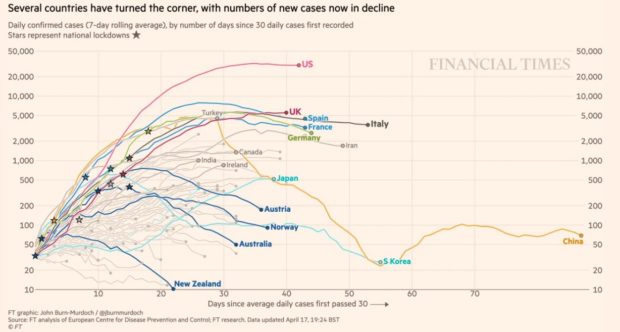 Question: Is it safe to move now from level 4 to progressively lower levels?

Recommendation: Do not move to level 3 until we have:

Put it like this, would you fly in a plane that had this many design unknowns and lack of ground support?

COVID 19 is making it difficult for country to return to “normal life”. Safety levels have been put in place to help us return to normal. The effects of these levels are both positive and negative. The positives being the increase in lives saved, improved health outcomes, and an economy recovering quicker. The negatives (are effectively the opposite) can be seen in terms of loss of income, economic decline, and associated poor health outcomes (even loss of life) if people cannot get back to work.

Some might say this is a “wicked problem”, a balancing act, that will require precision and timing.

Key questions to ask before moving to level 3:

These questions will remain relevant to New Zealand as at some point we will need to get back to work and open our boarders. Essentially we have the moral imperative (momentum) to develop and invest in a capability to protect us from pandemics now and into the future. We need to find solutions.

Dr Chris Smith, consultant clinical virologist at Cambridge University in the UK said recently on Radio New Zealand: “this will be very difficult to eliminate Covid-19 completely from circulation in New Zealand when so many cases are believed to be asymptomatic”

Sweden, Norway and Denmark may provide good comparison with New Zealand as population size/density, quality of health care and geography are to a degree similar (however, these countries are part of Europe, where an island nation). Other countries could be studied. The following data was taken from worldometer on the 19 April 2019 for all 3 Nordic countries:

Denmark and Norway have been seen to implement firmer restrictions than Sweden. Sweden may serve as an insight into how many would die or become critical if a “lighter” approach is taken by New Zealand (mimics a move to level 3 or 2). Can New Zealand sustain 1,054 critical patients or let alone 1,511 deaths that Sweden has? Comparing approach and consequent fatality and infection levels between Sweden, Denmark and Norway may help us to refine a strategy (taking into consideration the lag before the benefits of the measures are seen) as the latter two countries took a more strict approach.

An older exert from a web site called “The Local” on the 31st March 2020 compared the Danish, Norwegian and Swedish approaches.

If Sweden’s health system is overwhelmed, then Denmark and Norway will feel their tougher policies were justified. But the real test of Sweden’s strategy will come later, when Denmark and Norway start to lift their lockdowns. Can they return to normal without the infection flaring up again? Will they be hit by a second wave this winter? Will any additional deaths Sweden sees over this Easter be the price it pays for having fewer over the coming years?  “This is not a disease that you get rid of. And if you don’t get rid of it, what are you waiting for?” Tegnell said. “You can either wait for some kind of immunity to develop in your population, or you can wait for a vaccine. And the vaccine is, most likely, at least a year away.”

The current graph comparing the Nordic countries can be found here:

What exactly are the capabilities being put in place by these countries to keep the vulnerable safe? An alarming report dated April 20th 2020 from the Guardian discusses the lack of protection for the elderly in Sweden. Selected abridged quotes highlight:

Lena Einhorn, a virologist: “They have to admit that it’s a huge failure, since they have said the whole time that their main aim has been to protect the elderly,” she said. “But what is really strange is that they still do not acknowledge the likely route. They say it’s very unfortunate, that they are investigating, and that it’s a matter of the training personnel, but they will not acknowledge that presymptomatic or asymptomatic spread is a factor.”

the reason why Sweden has a much higher number of cases in care homes than in Norway and Finland is not because of the homes themselves, but because of Sweden’s decision to keep schools and kindergartens open, and not to shut restaurants or bars. “It’s not like it goes from one old age home to another. It comes in separately to all of these old age homes, so there’s no way it can be all be attributed to the personnel going in and working when they are sick. There’s a basic system fault in their recommendations. There’s no other explanation for it.”

“The worst thing is that it is us, the staff, who are taking the infection in to the elderly,” complained one nurse to Swedish public broadcaster SVT. “It’s unbelievable that more of them haven’t been infected. It’s a scandal.”

Although the above is just an exercise is New Zealands testing strategy going down Sweden’s path or is it more like Norways and Denmarks?

Can we as a country honestly say New Zealand has the capability to protect our vulnerable and at the same time get our country back to work (move from level 4 down)? We might be lucky and have eliminated it, however, various experts say there is a high probability we won’t and at some point New Zealand will have to get back to work.

What can be gleaned from Paul Romer Nobel Lareates words above is that in the New Zealand context, we need to ensure a meaningful surveillance testing strategy and adapting new testing technology as it emerges (this appears to be what is happening in the USA). This testing can allow for creation of safe communities, workplaces, supply chains etc. It can also be used to protect the vulnerable by testing all people that work or deliver goods/services to care facilities before they enter.

For example, people can be tested before entering a workplace. Testing (if fit for purpose) will allow for the protection of the vulnerable such that it could buy time until a safe vaccine is developed and/or NZ is COVID free.

Testing (accuracy and quality still under review) to get the people back to work and protect the vulnerable being discussed in the USA and around the world include:

Building on Paul Romer Nobel Lareates ideas for NZ, its presumed essential workers level 4 and 3 who are the most likely transmission points could be tested. An example of the numbers involved in NZ is given below (a statistical subset of each work function could be taken if we do not have the capability).

Think permutations and combinations of possible infection!!!!! Is astronomical the hiding place this virus can be in

In addition to the above testing data needs, the risk attributes of virus listed below need to be determined to help develop a meaningful strategy:

Take care everyone, the world greatest ever game of whack a mole is about to begin.

58 comments on “Guest post – is it safe to lower the lockdown level? ”