Guest post: The flag – a change is gonna come 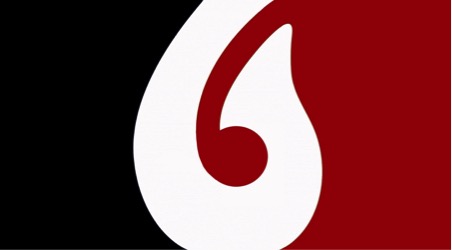 My name is Enzo Giordani, I am a dyed in the wool Labour voter, supporter and activist, and despite my party’s line on this I am advocating to change the New Zealand flag.

Why would I commit such a heinous act? Well, it’s quite simple really – I don’t like the current flag. The referendum process the government is undertaking might be expensive, there might be better things to spend the money on, but despite all that it is happening and I for one want to use this opportunity to promote something better.

The current flag references our former colonial masters and the heritage of our European ancestors, but it does not reference, in any adequate way, our indigenous people who were here before the rest of us and are precisely one half of our Treaty partnership. It represents the oppression of the Maori people that occurred when this country was colonised. It screams of an inability to grow up. It depicts us as subservient children under the watchful gaze of a former world power that lost its empire a very long time ago.

And aside from anything else, it’s embarrassing on the world stage. Amongst numerous other examples, Jamaica ditched their Union Jack in 1962, Canada ditched theirs in 1965, yet here we still are…

I see this referendum as a fantastic opportunity to be part of a change that is going to happen one day, whether we like it or not, with or without you or I. Allegiance to Mother England and the Union Jack is dying out as older generations with ties to the United Kingdom are replaced with new generations more and more distant from our colonial past. One day the critical mass will be there. It might not happen in 2015, but the day is coming.

When that day does come, where will you be? Let’s say it’s 20-30 years from now. I’ll be 60-70 years old. Will I still be alive? I hope so but perhaps not. I could stick my head in the sand now and say ‘nope, I’m not going to engage in this process because I don’t like John Key and I would rather the $26 million was spent on [insert any one of more than a thousand worthy causes that all need more like $200 million here]’. Or I could have my say now while I’ve got the chance rather than missing out altogether when the time really comes. Because even if the flag doesn’t change this time, some of the designs suggested in 2015 might well get taken seriously next time the issue comes up.

So I have had my say. I cannot claim much credit for my suggestion because all I did was take someone else’s and improve it somewhat (in my opinion). But it has had some quite encouraging airtime – first on Campbell Live… 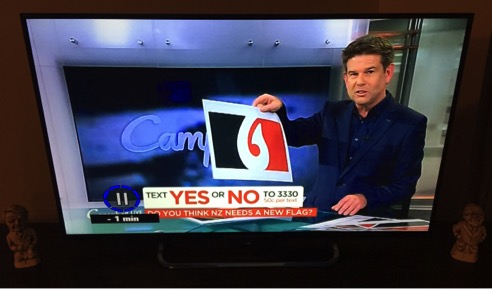 …and then in the Herald… 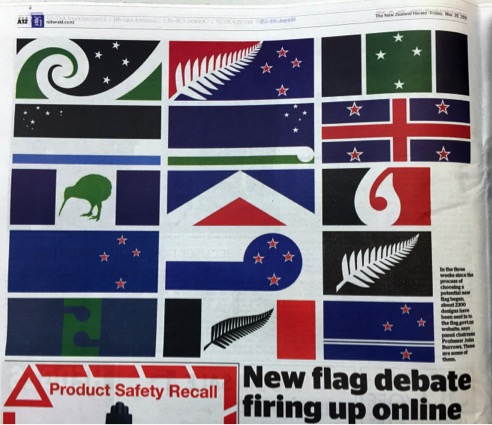 Therefore, I thought with the “preliminary long list” of between 50 and 75 designs due out in just a couple of weeks, now might be a good time to try to make the case for my suggestion to be adopted.

The first thing you will notice about it is it’s black, white and red – the colours of the tino rangatiratanga flag, referencing the Maori legend of Rangi and Papa – earth and sky. It could just as easily be blue, white and red to retain a reference to Mother England – I wouldn’t die in a ditch over that but I think it looks much stronger and stands out better as is.

The fish hook is a reference to another well-known Maori legend – that of Māui fishing up the North Island. The fish hook is more generally a symbol of prosperity and safe passage. The fish hook also contains a koru design within it, a popular symbol for a new flag which carries themes of new life, growth, strength and peace.

The flag works as a tricolour, a flag such as France’s or Italy’s with equal portions of three different colours. In that sense it’s a different take on a somewhat traditional (albeit republican) flag. Having said that though, it would also stand out well amongst a group of flags at an event such as the Olympics or a World Cup.

But whether you like my flag or not, I do urge you to participate in the referendum if you support a change of flag. It’s time to grow up. In more ways than one. 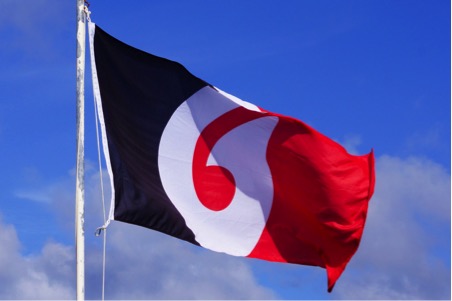 For the soccer supporters amongst us Enzo runs the excellent In the back of the net blog.