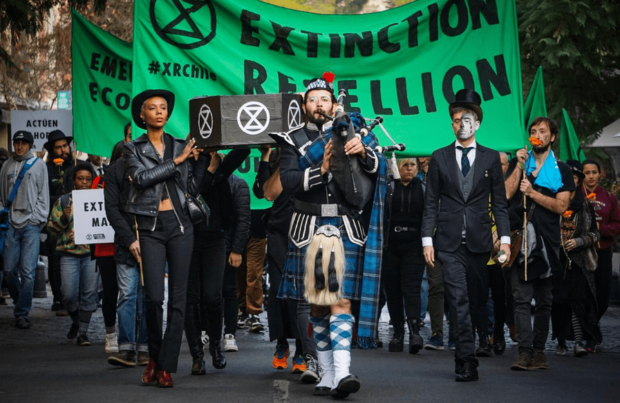 While a core of farmers protested a few days ago against farm environmental regulation with long lines of tractors, the organised form of agribusiness, Maori and government working together have concluded that making a climate different isn’t possible.

It has MPI, MFE, deer, bees, dairy, Federated Farmers, Beef and Lamb, irrigation, arable cropping, and many others inside the tent. Its’ steering group has agribusiness leadership plus key corporate Maori and MFE on it, and got key horticulture leads in its membership.
These are the sum total of our key land based players, public and private.

According to the discussion document that they released yesterday:

Initial modelling suggests these prices would lead to reductions in total agricultural emissions of less than 1% reduction in both CH4 and N2O below 2017 levels, additional to reductions as a result of other environmental policies.”

For those familiar with the production of such reports around Wellington, this draft took thousands of collective hours, dozens of consultants, furious drafts pinging back and forth between Ministries, Ministers, and those on the steering committee, before the writer exhaustedly called a halt and said this is it. Or at least had the good political grace to wait until COP26 was out of the media cycle. And the net result of that was … less than 1% change in anything, ever.

He Waka Eke Noa had one job: to come up with an emissions reduction plan for agriculture that would cut emissions. They have completely failed. This plan is bad for the climate, bad for the future of farming, and taxpayers are going to have to pick up the tab.”

If there ever was a time, right now is the best time for farmers to be able to make investments that transform their farms for the sake of us all.

Right now because the international milk price is heading towards $9 a kilo of milk solids.

Horticulture is already beyond being a $10 billion industry.

Our beef and lamb prices are remaining at historic highs.

And despite labour shortages and minimum wage increases, demand for our wine keeps growing and growing, and at premium prices.

That, coupled with bank lending being still so low and rural land prices skyrocketing, farmers are on average getting richer this year than ever before.

He Waka Eke Noa essentially says do nothing, expect nothing, and we owe you nothing.

Lest we need reminding, emissions from New Zealand’s massive dairy herd make up 89% of New Zealand’s methane output, which in turn make up 42% of the country’s greenhouse gases.

Our Minister for Climate Change is MIA in MIQ. Maybe he’ll comment later.

He Waka Eke Noa – literally we are all in the same boat – was the essential government-led and farmer+agribusiness+Maori initiative to bring all farming together to make sense of climate change together.

Their draft report shows us that they have all have fed us lies and complacency, while they get rich.