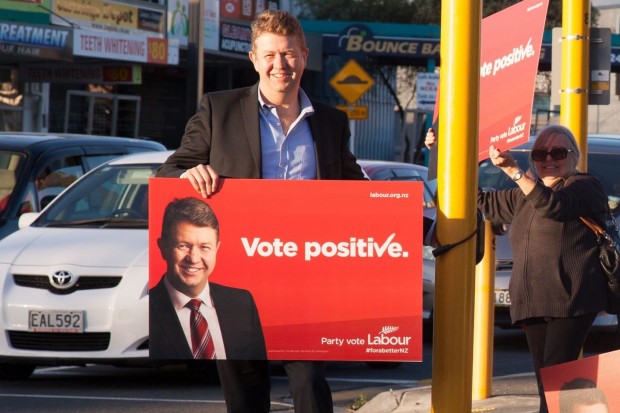 There is an old saying that in politics it is wrong to be right too soon. Brand new ideas may be too terrifying or unsettling for the electorate to be popular. They are also easy targets for a calculating opponent wanting to exploit ordinary voter’s general cynicism about politics for political gain.

This week provides a perfect example of this phenomenon.  After repeatedly railing against Labour’s CGT policy National is now introducing one of its own.  It may be an insipid capital gains tax designed only to create the impression that the Government is doing something but a CGT it is.  At the same time the Government is crossing its fingers that Auckland’s housing bubble does not burst.  The deeply cynical political games played by John Key are becoming increasingly clear.

Today’s Herald editorial has praise for Labour’s policy for the past two election campaigns but also contains a barb, attempting to suggest that Andrew Little is anti CGT.  It starts off promisingly enough:

At long last New Zealand is going to have an effective capital gains tax. The Prime Minister does not want to call it a capital gains tax but that is what it is. Houses bought as investment property will have their capital gain taxed if they are sold within two years. A two-year liability is very low but it can easily be increased if it does not slow the rate Auckland house prices are rising. The significance of the Government’s adoption of this tax should not be under-estimated.

The effectiveness of the proposal could be questioned.  As noted by Deborah Russell all the change may do is slow down turnover in the market.  Investors seeking to hold long term will not be deterred.  And there could be an unfortunate repercussion should the housing bubble burst and investors seek tax benefits from their losses.

The editorial then describes how until recently the country’s political climate has been deeply adverse to a CGT.  But it then praises David Cunliffe for the change in opinion.

If there is any politician who deserves history’s credit for changing this climate it is the former Labour leader David Cunliffe. As Labour’s finance spokesman he was instrumental in putting capital gains tax into the party’s policies for the 2011 election and kept it there as party leader at the election last year. The fact that National did not make a major issue of it in 2011, and did no more than trip Mr Cunliffe on details of the policy last year, suggests some within the Government were coming around to it.

If National ministers were coming around to it they should not have played politics with the issue.  And the repeated denials that change was in the winds should not have been made.

Then the editorial attempts to wedge Andrew Little on the issue.

Now that the Prime Minister has performed a pirouette, Labour’s leader needs to do likewise. Andrew Little was too quick to disown capital gains tax when he became the party’s leader. It was not the reason Labour had lost the election. Now he is reduced to quibbling that the Government’s move will not stop foreign investment in houses here. Perhaps not, but its decision also to require house purchasers to have an IRD number will be a check on the scale of foreign interest in our houses.

The requirement for an IRD number is a start to allow us to understand the amount of foreign investment in housing that is occurring.  But Labour’s policy preventing the purchase of residential homes by overseas entities would address the problem, rather than just measure it.

And the suggestion that Little has disowned a CGT is a misrepresentation.  Shortly after he became Labour leader he said this:

I’ve made a judgement that the superannuation policy and the capital gains tax policy have been problems for us and are two reasons why people haven’t voted for us, and therefore we need to review them.

We will have a review process, we will go through that. I will argue my case in the forums of the party, but my firm view is that we should not be going to the 2017 election with those policies on our slate.

The party is now discussing its policy platform and there is a proposal to change a specific commitment to a CGT to a commitment to use a diversity of financial tools to address housing affordability and to dampen speculation.

Local politics has become rather predictable.  National does not have complex policy.  It has a series of postcard quality snippets of policy with some bland pleasant sounding slogans and a specific budget line item for things as diverse as hercepton or saving Kauri.  This is risk free politics.  There is nothing that can be picked apart.

By way of contrast Labour has fully costed policies that go into all sorts of detail.  Our alternative budgets are things of beauty and require immense amounts of work.  And National then attacks by attacking a slightly obscure sentence or by asking a question of the Labour leader which he does not quite get right.  Because National’s policies are so vague Labour cannot do this.  Little’s proposal will reduce National’s ability to attack and will still allow a future Labour Government the flexibility to change the tax system in a way that will address problems.

All credit to the Herald for praising Cunliffe.  Perhaps they could now apologise to him for the Donghua Liu smears.