How is homophobia still a thing? 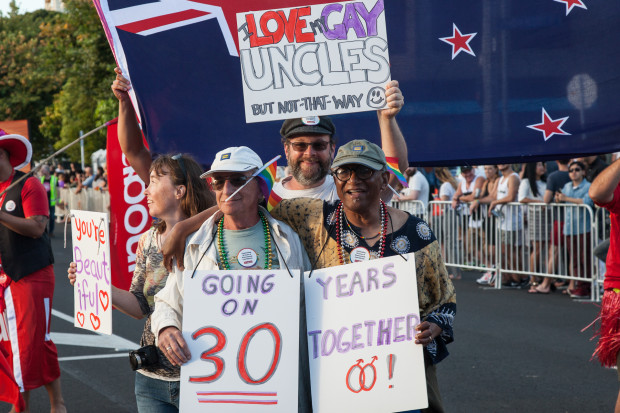 St Matthew-in-the-City is a liberal Anglican church in the middle of Auckland city.  Its theology is to encourage liberal thinking and progressive theological exploration.  It states that its hospitality is to welcome all people, no exceptions, to the table.  Its justice statement says that the church wishes to engage in just and radical action for the dignity of all and the sustainability of the Earth.

Well it appears that there are at least two homophobic Neanderthals in Auckland.  From Radio New Zealand:

A central Auckland church known for being supportive of LGBTI rights had to call police after men with a loudspeaker shouted homophobic abuse at worshippers, it says.

Yesterday’s 10am service at St Matthew-in-the-City was halfway through when the men, who the church said warned they would be back next Sunday, turned up wearing black shirts and dark sunglasses.

About 100 people were inside, and Reverend Helen Jacobi, who was taking the service, said the men intimidated church members who should be able to worship freely.

“A couple of our people went outside to engage with them and ask them to stop. They wouldn’t, and so they called the police,” she said.

The men also said the church would crumble and worshippers would be punished, which was “pretty horrible kind of stuff”, Ms Jacobi said.

Ms Jacobi tweeted her outrage: “Worship @StMatthewsNZ this morning disrupted by hateful homophobic ‘protesters’ with microphones. Shame on them!” she wrote.

The men were moved to the footpath by the police, but stayed for the rest of the service and tried to engage again with worshippers as they left, she said.

These two individuals apparently plan to return next Sunday.  Perhaps Aucklanders with a more tolerant view of life could also attend to express their support for some of God’s creatures who have less traditional views of their sexual identity.

And if you want biblical support for what St Matthew in the City is trying to achieve then there is this statement from the last supper:

Update:  A very reliable source has provided me with these photos of the individuals involved. 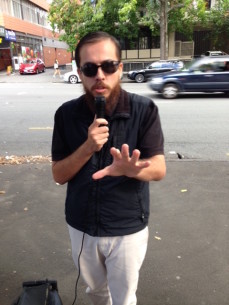 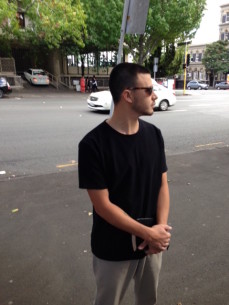 62 comments on “How is homophobia still a thing? ”