If it is broke, then fix it 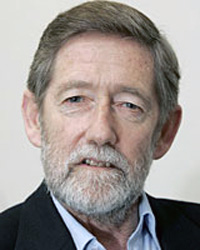 I have been reading Colin James writing on politics for decades because he spends less time pushing his opinion and more about presenting the stories about the topics of the day. I get more actual new thinking from his political articles than I do from almost any other political columnist around. This week’s column has a good look at the increasingly strange contortions by the world’s central banks.

Last Wednesday, John Key invited Winston Peters to read the books that say nothing can be done about the high exchange rate. If Mr Key was keener on reading than he has shown in the case of John Banks’ damning police report, he might find there are now also books challenging the orthodoxy he is wedded to.

These challenges are no longer a fringe activity. Some big names and brains are seriously positing alternatives. While that doesn’t yet tell us the shape of the next orthodoxy, the old one is no longer securely orthodox.

When circumstances changed in the early 1970s the Keynesian orthodoxy frayed. After some debate, the Friedman orthodoxy triumphed.

Over the years I have been a strong proponent of a lot of the ‘orthodoxy’ of the central banks concentrating on controlling inflation. Anyone who was involved in running a business during the hell of double digit inflation, loan shark interest rates, and the outright weirdness of the previous orthodoxy that Robert Muldoon’s National government hung on to was. In my case my parents were managers in manufacturing companies and I was being trained as a manager in a local corporate after leaving university in 1981. So I saw it mostly from a business perspective – that was watching the work of many decades going down the toilet because National wanted to operate as if the world was still in the 1950’s.

Muldoon hanging on to the past dragged us through business and economic hell in the late 70’s and early 80’s. After I’d done a MBA in 1985-6 (I was intending to flee Muldoon’s economic madness and I wasn’t expecting Labour to be much better), I heard the same stories from the many businesses I came into touch with.

Despite what many commenting (and authors) on this site often seem to think, there was widespread political support for economic reforms of the late 1980’s including from Labour supporters like myself. It was not because of any particular adherence to the economic model. It was because any economic model change was better than letting National screw the economy up by adhering mindlessly to an old economic orthodoxy. Surprise – it is nearly 30 years later and I see John Key’d government doing the same stupid thing again. It is National’s thing – they destroy our economy looking blindly backwards.

But that was then and this now. Now it is clear that the economic orthodoxy that we and the rest of the world has adopted since the 1970s has also run it’s course. As Colin James puts it…

This is not just a hindsight view. By the mid-2000s a number of commentators worried about asset prices. I relayed this in a column in January 2006.

Brazil’s Finance Minister Guido Mantega declared this debasing of the United States dollar a currency war which could have “disastrous consequences” for the rest of the world. Financial Times columnist Gillian Tett said that far from lifting United States producers and consumers off their sickbeds, with each new round of Dr Bernanke’s “quantitative easing” (QE), “expectations and fears are being racheted up”, discouraging investment.

Our central bank can’t do much about Dr Bernanke’s currency war on us. On Thursday, Japan’s central bank announced $US125 billion-$US1000 billion ($NZ152 billion-$NZ1214 billion) of QE.

The yen went down a bit – for just a few hours.

Quite simply the stupid shit that the reserve banks are doing offshore to try and kick start their respective economies is as scary as hell to anyone who has read the history of policy changes around the depressions on the late 19th and early 20th centuries. Like Nationals usual courses of action, most of this crap has been tried before and failed. Moreover that was in the days of passenger ships, expensive telegraphs, businesspeople who seldom travelled to other markets, and an ill-educated market. It is kind of different when expectations of the policy changes are figured out, arbitraged against, and stuffed in as trading policies on competing computer systems within days or even hours.

The economic effects are usually minimal. Unless of course you have a government that doesn’t think much and keep on operating like it was when they were young men. A lot like John Key and his cabinet for instance… That almost screams to anyone in the market that here is a nice juicy target to pillage. These days it mostly means that we’re going to lose a lot more jobs as the exchanges rates kill simple commodity exports and the jobs associated directly and indirectly with them.

It doesn’t make that much difference where we put in the intellectual property and specialised processing that operate in the hitech export markets I work in. But sadly National have essentially killed most of the new companies getting off the dreamers table these days by withdrawing almost all of the relatively cheap supports that startups used to get from idea to customer in their niche world market.

The only thing worse is to read the rationalisations of some of the ‘orthodox’ thinkers about what they should try next. I keep wanting to cry out “for gods sake the f**king system broke and doesn’t work that way any more. Accept that now and just rebuild it with a better model!”

Pushed by a lack of electoral success, the Fabians and some economists over the last 4 years. And with a certain amount of bracking from authors here. we’re now starting to see Labour looking at doing just that in NZ. Colin James points out some examples in the Labour caucus and leadership, and I suspect that they will figure out something more coherent than their mishmash of policies in 2011 and points out the short-term problem – it isn’t as sexy as titillating with bullshit stories and being critical using the tools of old orthodoxies – which appears to be all that John Key is capable of doing.

In sum, Labour is starting to lay some foundations for a more coherent policy than in 2011. And among interest groups there is a growing openness to its counter-propositions to the orthodoxy Mr Key reveres.
But watch Mr Key comfortably batting away the Banks embarrassment with a story he has internalised to the point where it has become for him a reality. That characteristic, which may be a legacy of being odd-boy-out in a state house enclave, gives him the powerful presentational strength of conviction.

Conviction-Key can keep the old orthodoxy breathing a bit longer. Book-reading David Shearer’s subtleties, nuances and counterpoints accurately reflect the argumentative phase of the transition to the yet-to-be-defined next orthodoxy. But that isn’t strong politics. A bookie would say: advantage Mr Key – for now. 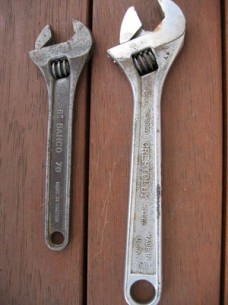 And I’d add that there will eventually exist the problem common to Labour politicians. They have a tendency to view a good tool as being like a new crescent spanner. Rather than hunting for the appropriate tool for a specific task, they’ll use the damn thing on everything ignoring all of their newly rounded, worn, unusable, and upset nuts. Another round of simple minded gits like Rodger Douglas and his cohort waving their only tool around were gets to be almost as bad as watching National politicians sticking their head in the sand to avoid learning too much.