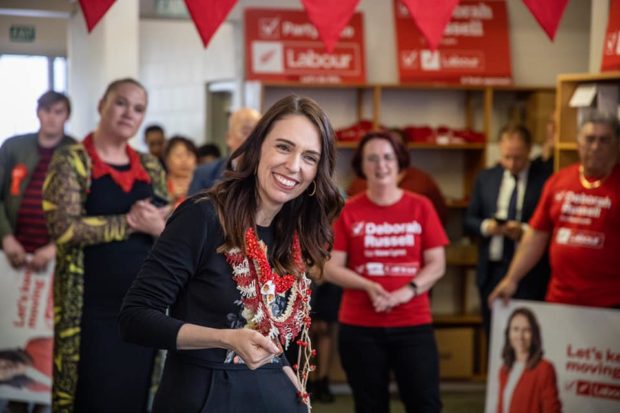 It is election day tomorrow.

This campaign is different to previous campaigns.  Advance voting is phenomenal. As at yesterday morning over 1.5 million people had early voted.  It seems pretty clear that most people have made up their mind and want the campaign finished.

Last night’s Colmar Brunton poll had something for everyone.  The Greens appear to be safer although they regularly outpoll their actual result.  And New Zealand First improved.  They may be back and if this happens it would have a dampening effect on the progressive desires of Labour and Green MPs.

And never assume anything in politics.  There is a nightmare possibility that with a late National surge, the Greens missing out and NZ First somehow surviving that an alternative Government could be cobbled together.

Which is why every progressive vote is so special.  And so important.

There are some fascinating electorate campaigns.

In Tamaki Makaurau a late surge by John Tamihere could see Peeni Henare miss out.  I actually like some of the Maori Party’s policies but they have always sided with National.

In Auckland Central it appears that Chloe Swarbrick will do well but not well enough.  Emma Mellows could sneak through.  I would prefer that National had another Taliban Right MP than an urban liberal MP elected to its caucus.

For Labour Mangere-Otahuhu Local Board Chair and all round good person Lemauga Lydia Sosene is 54 on Labour’s list and has a good chance of being in the next Parliament although there are electorate MPs below her on the list who should win their electorate and it will be tight.  Mangere deserves two MPs.  Epsom has thought the ACT gerrymander had two MPs for the past 15 years.  Mangere deserves to be treated the same even if more legitimate and democratic methods are used.

For the Greens at number 11 on their list Steve Abel is tantalisingly close.  His history with Greenpeace and fighting climate change is formidable.  His lifetime of activism and his deep understanding of the issues would be invaluable for the next Government. This Parliament needs Steve to be there.

This is the Covid election.  While we bask in our current community spread free status in Europe a further surge is under way.  In America the White House has more community spread cases than Aotearoa does.

There has been much heated opposition and media based attacks on the Government for how bad its Covid response has been.  Right now these attacks appear to be horrendously overheated.  Anyone who talks about New Zealand failures need their heads read. And this is also the climate change election.  Decisions need to be made now to ensure that this country has a chance of meeting its goal of carbon neutrality by 2050.  Prevarication is no longer an option.

My preference is a Labour Green coalition.  Let there be a debate of ideas about what the Government should be doing.  Our grandkids will be depending what decisions are made.

So make sure you vote.  Make sure your whanau votes.  Vote for their future.

And as you vote just think.  Who do you want to be your Prime Minister?  Jacinda or Judith?