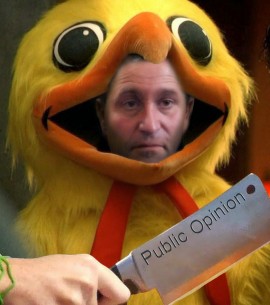 The Radio New Zealand TV One Nicky Hager release of analysis of the Panama Papers is underway and the media response is fascinating.

First up John Key pulled out of his regular Radio New Zealand interview after learning what he was to be questioned about. He attended all other media invitations. One wonders why. Perhaps National needs the PR advice to try and work out how to respond.

On twitter some of the usual suspects including some reporters who should know better are trying to claim there is nothing to see because Key has not been shown to own shares in a Prague owned illicit Uranium producing company based in Nigeria. Of course they are ignoring the widespread concerns expressed by many that New Zealand’s tax system should be used to essentially launder money.  But some have tried to say there is nothing to see even though the information dump is not due until tomorrow.

Some of the responses have been brutal.

Panama Papers; 'It's certainly not a punch, nothing landed by Nicky Hager, at all' says @patrickgowernz

If your criteria is "zingers on the PM" rather than "evidence of tax avoidance", sure. https://t.co/CeLAFLY1Ka

Key opts for the 'smear the journos' defence on Breakfast.

Just to be clear, this is a joint investigation between 7 journalists so when the PM casts aspersions it is on all of our work.

37 comments on “John Key chickens out of #panamapapers interview ”