Julian Robertston, a US billionaire who made his money with hedge fund Tiger Management, Merryl Lynch’s largest customer when John Key was working there, is the man behind privatisation trojan horse Teach First (NZ).

Robertson is well known in New Zealand. He was outed as being among the secret US donors to National Ltd™. That was back when Lockwood Smith was promising the US that our nuclear free legislation would be “gone by lunchtime”. Robertson is also the owner of several high-end golf resorts, gave a $5 million donation to the Christchurch earthquake appeal, and gifted a $115 million art collection to the Auckland Art Gallery. No wonder John Key gave him a special honourary knighthood. 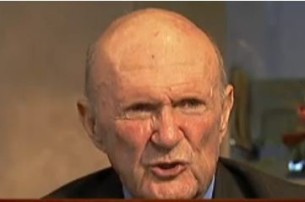 Robertson has made no secret of his rapacious desire to privatise education in the US, and around the world. In 2011, he confirmed he would be bringing the Teach For All model to New Zealand. Neither has John Key made a secret of his “orientation towards privatisation” of health and education. That was back in 2002, not long after John Slater and Michelle Boag had recruited him.

So, its taken a long time, but New Zealand is now well on the way to having both those social services, and others, set up to pump out tidy profit streams to the corporations. The TPP will cement the arrangements in place for perpetuity. Or we get sued by an unaccountable tribunal run by the same lawyers who work for the corporations.

Sure, there was a wee snag last week with part of the education “business” being found to be illegal, but the rolling-maul is going strong. Just last night, National Ltd™ introduced the Education Legislation Bill into Parliament. This convoluted omnibus bill makes all sorts of weird and wonderful changes to various legislation affecting education. For example, unable to attract enough investors for its charter school scam, National Ltd™ will be paving the way for tertiary institutions to open and run them.  Yippeee!

The Bill may well provide National Ltd™ with just the thing to get around last weeks pesky Employment Relations Authority ruling. Last minute, unannounced amendment perhaps. Wouldn’t be the first time. And, surely, after all he’s done, Julian Robertson can call in one more favour for his Teach First (NZ). Can’t he?