Judith is getting ready 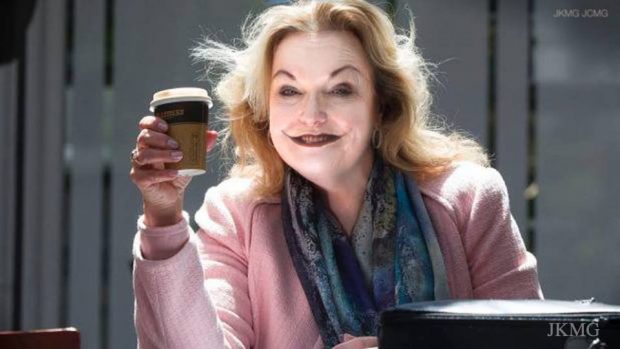 What does National do? Stick with Simon Bridges who is dying on his feet and appears to be incapable of bringing things around. Or switch leaders?

Like to Amy Adams who is part of Canterbury’s landed gentry and the recipient of central government largesse. And who makes me want to shove things in my ears because every time she talks it hurts so much.  Or Paula Bennett who in a winning election for National where the tide was still coming in almost lost her seat to Labour’s Carmel Sepuloni.

They are running out of options.

Of course there is Judith Collins.  Uber talented Judith Collins who most people would not trust with looking after their pet cat.

It may be that  she is their only realistic choice.  The trouble is however that she may be the choice they would make if they wanted to consign National to the eternal fires of Trumpian right wing hell.

From Jacob McSweeney in the Wanganui Chronicle:

Judith Collins has fired shots at the Government and its supporters over political correctness while trying to win over rest home residents in Whanganui.

“I’m so sick of being told what we’re not allowed to think. And if you say something that questions the current Government then you’re called a denier. It’s like a heresy.

“They’re generally anti-religion but I reckon they’d be pretty good at the Inquisition.

“They’re right into it. If you don’t agree with what they say then you’re a bad person.”

The reported comments are resplendent with Fox News type themes.  “Deniers” as in climate change deniers, “political correctness”, and, presumably because she was talking to a group of old people, “millenials”.

And she said things that were clearly not the truth.  Like this:

We’ve got a prime minister at the moment who’s happy to destroy an entire industry, the oil and gas industry, overnight on the flick of a switch to get a headline.”

Oil and gas are still being produced and will be produced for the foreseeable future.

There was also this nonsensical gratuitous attack on young people:

Some of the young people that we talk to … the millennials …. they say things like ‘Oh well, you know, whatever, climate change, whatever’. Then I say, ‘You can’t charge your iPhone’ and they sort of think ‘Well how does that work?'”

Someone should tell her about solar, wind, hydro and geothermal energy.

She had been invited to meet with locals by National MP Harete Hipango.  Hipango won the seat last time by 1,700 votes.  A 2.3% swing will tip her out.

The latest polling suggests that National is at 37% and Labour is at 46%.  The two party swing from the election night result is 8.25%.  If these figures were repeated on election night Hipango’s career would be over, together with the careers of many of her caucus colleagues.

I suspect we are going to see a lot more of Judith in the next few weeks.  And I am surprised National is letting her speak so widely on so many topics.

125 comments on “Judith is getting ready ”