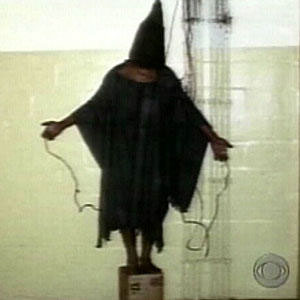 No surprise to hear Key in the House yesterday relying on his research unit – Fran O’Sullivan – to try and weasel his way out of his “the war in Iraq is over” comment.

As posted previously here on The Standard, ministers’ comments made back in 2003 were made in a very different context – on May 1 2003 Bush announced that “[M]y fellow Americans: Major combat operations in Iraq have ended.” Unfortunately it turned out he was wrong.

Ministers’ comments were made well before revelations about torture at Abu Ghraib for instance, and certainly well before the death toll reached anything like its current 80,000 or so.

To overlook the context of these comments is for Fran jouralistically lazy (or biased?), for Key it’s politically expedient.

If I’d referred to “post-war” Iraq four and a half years ago I’d be standing by it. It certainly wouldn’t deter me from demanding that Key be held to account for his dismissive claim – a claim made just 8 days ago.

An increasing number of people seem to agree:
www.thewariniraqisnotover.com