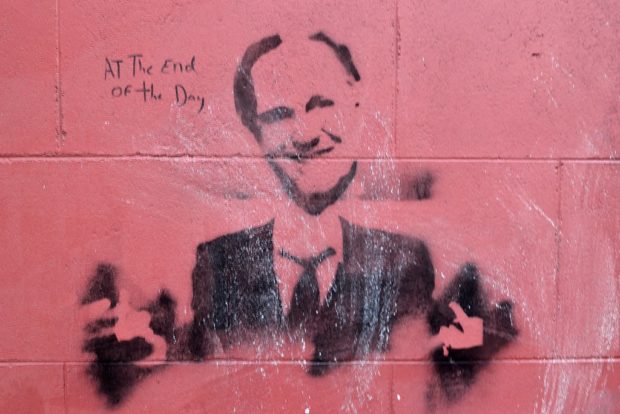 It would save a lot of time and anguish for New Zealand if National just assimilated Labour policies and ideas as and when they are announced, rather than waiting until problems that needs to be addressed are out of control.

The government will consider a land tax on foreigners buying residential homes if data due out soon reveals overseas investors are a problem – but opposition parties say it’s already too late.

Prime Minister John Key told TVNZ’s Q+A programme the government was not trying to stop the investment coming in, but it would take into account new data on the number of foreigners buying houses in New Zealand.

“We’ve always said look, if the thing became a runaway train on us and we were really concerned about it, that’s always an option available.

“And to be blunt, land taxes are far more likely to deter people than a stamp duty…you only pay a stamp duty once on the way through, a land tax is an annual thing. Lots of countries have land taxes.”

Of course the report in two weeks time will show there is a problem.  Key is just preparing the ground for yet another backflip.  And if you needed any confirmation, Auckland’s housing is now more expensive than Sydney’s.

As a priority, Labour will act to ensure that housing market speculation does not create financial instability and drive property prices out of the reach of ordinary New Zealanders. We will implement a fair tax system in which damaging property speculation is discouraged through a mix of tax policy and targeted buyer restrictions.

If National needs any other policy the full document is here.

Key was talking about the issue last year.  Why it has taken him so long to act is incredible.

Good to see that National is finally getting around to doing something.  But they will have to contend with TPPA issues, presuming that the United States agrees to sign up to the treaty.  And their pro free market anti tax brigade are not going to be pleased.

126 comments on “Key prepares to backflip on Auckland housing ”