Key should apologise to Tania Billingsley and Slater should be ashamed 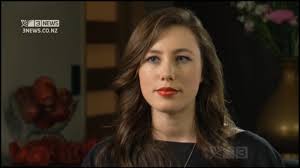 Details about the behaviour of the Malaysian Diplomat who fled the country earlier this year after being charged with attempted sexual violation and after invoking diplomatic immunity are now being revealed in Court.  And they are somewhat bizarre to put it mildly.

The Herald in this article reported on evidence adduced during the recent disputed facts hearing.  Mr Rizalman had previously pleaded guilty to a charge of indecent assault and charges of attempted sexual violation and burglary were discharged.

During the disputed facts hearing it emerged:

The case is to conclude next week.  Clearly though Mr Rizalman’s attraction to Ms Billingsley was never reciprocated and her complaint was completely justified.

There are some significant political issues at play.  John Key’s and the Government’s refusal to apologise to Tania Billingsley and the way that the Government has handled the diplomatic immunity aspect of the case both reflect poorly on the Government.

As to the apology this is what a previous Radio New Zealand report said:

But on Monday, Mr Key refused to apologise to Ms Billingsley, who by then had made her name public, because he said he only made apologies if there was a serious reason for him to do so.

On Tuesday, he had another reason for not saying sorry. “Because I think the Government has apologised. Both the minister and the officials have made it quite clear they’re sorry for the incident that’s taken place in the way that person left the country. I think that’s wholly appropriate.

“But in the end, I think what’s far more important is that there is a proper inquiry – that’s what the victim in this circumstance deserves and that’s what she’s going to get.

“What’s far more important now, actually, is that the independent inquiry that’s been established and will be run by (former Treasury Secretary) John Whitehead actually gets to the bottom of all of the unanswered questions there.”

Publication of the report has been delayed because of the trial.  Given that the matter is now being considered by a Judge and not a jury and given that the report is now 12 months old it is difficult to understand why there is any further delay in releasing it.

And as this editorial from today’s Herald notes Murray McCully’s role will be put under the spotlight as soon as the report is released.  A public servant has taken the blame for the botched application of diplomatic immunity.  But you have to wonder why McCully was not alerted to the issue from the start.  After all an allegation that a Malaysian Diplomat had been charged with attempted sexual violation should have had alarm bells ringing very loudly.

A single email is at the heart of the report into the Malaysian diplomat botch-up, according to McCully.

McCully faced calls to resign over the case but refused and had the Prime Minister’s backing.

Exactly what that email is and what its contents are has not been made public.

However, an email sent to McCully’s office on May 22 last year – the day Rizalman flew back to Malaysia – remained unopened for several weeks.

The best possible spin that could be put on this is that McCully’s office is utterly incompetent.

And Cameron Slater?  His treatment of Ms Billingsley has been disgusting.  There are 26 posts where her name has been tagged.  Post after post attempted to denigrate and malign her and tried to show that her complaint was part of some sort of political conspiracy.   The stuff he wrote about her was horrendous.  Now that the truth is coming out he looks like a pillock.

It is interesting that he started his crusade at the time, pre dirty politics, where his powers of intimidation were at their peak.

The truth will be much closer to an existing relationship that was strained and where Muhammad Rizalman bin Ismail misunderstood his place within it.

Boy was he wrong.

I suspect the Government will be planning a pre christmas release of the review of the invocation of diplomatic immunity.  And hoping that no one notices.