Key’s own goal on poverty

A bad mistake by John Key in the House yesterday. He was asked by Phil Goff about the widening gap between rich and poor. Thinking himself something of a smart-arse, he cited a report that the government had released just minutes earlier about Household incomes in New Zealand. He claimed it showed that the gap between rich and poor was shrinking. In reality, it shows that Labour got inequality and poverty down, and it doesn’t even cover National’s hand outs for the rich in the past year.

“I have excellent news for the member: a very detailed scientific report on income equality actually went up on the Ministry of Social Development’s website at 2 o’clock today. It is titled Household Incomes in New Zealand. The report shows that the degree of income inequality in New Zealand, under standard measures like the Gini coefficient or the 80:20 ratio, has actually fallen in recent years. I go on to say that in fact the report shows that the distribution of income in New Zealand is more even now than it was at any time under the previous Labour Government. So I point out to the member that he is quite wrong to say the gap between the rich and the poor has been growing; in fact, it has been reducing. “

Well, what does this report say?

First off, it only goes in June 2010. So it doesn’t count the tax cuts for the rich in October last year or the surge in the value of the assets of the ‘rich list’ last year:

OK. So, what does the report say about the gap between rich and poor?

“From 1994 to 2004, incomes for middle- to higher-income households grew more quickly than the incomes of the bottom third (around 28% and 15% respectively, in real terms).”

“From 2004 to 2007 the WFF package led to incomes below the median growing more quickly than incomes above the median – the only period in the last 30 years in which this has happened.”

“The rising rate from 1998 to 2004 on the BHC measure reflects the fact that median household income increased much more rapidly than low incomes did in the period. Without WFF the population poverty rate on this measure would have continued to rise from 2004 to 2009.”

You can see the dramatic effects of the neoliberal policies and then the 5th Labour government in the graphs: 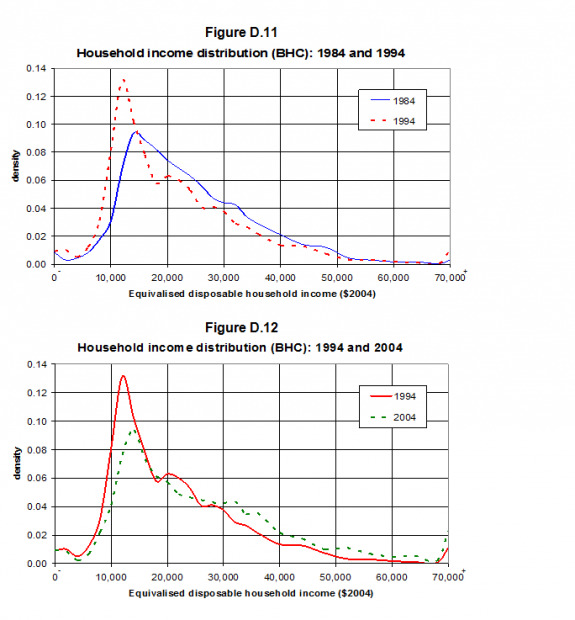 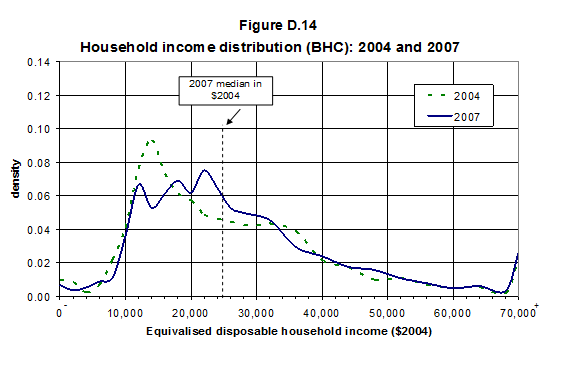 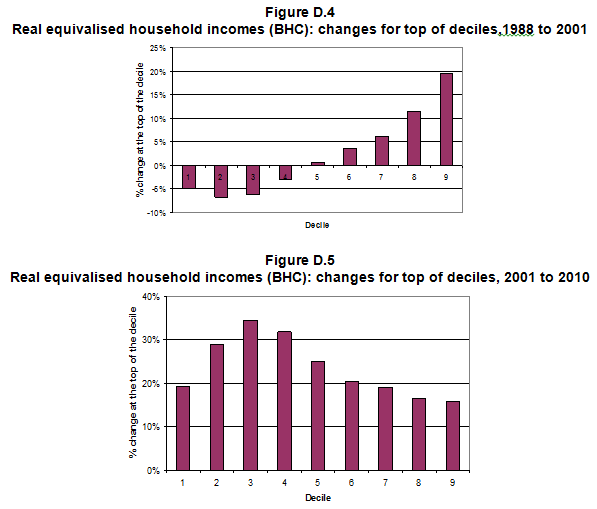 The neoliberals really ought to be in jail for New Zealand so much poorer between 1984 and 1994. Fortunately, Labour got into power.

What did this all do to poverty rates?

In a country with a GDP of $200 billion, assets of more than a trillion, and people so wealthy they can afford personal golf courses and jet planes, there is no reason that any person, much less any child, should live in poverty. Labour didn’t get us there. But they made a damn good move in that direction.

So, John how about you come back and skite when you’ve reduced poverty by nearly 50%?
But this isn’t just about redistribution, it was also about a rising tide lifting all boats:

The report also has something to say on the topic of capital concentration, which can only be addressed by taxing capital, for example with a capital gains tax:

“Wealth is distributed much more unequally than income.  Wealth Gini scores are typically two to three times those for income. In New Zealand, those in the top income decile receive 25% of gross income; those in the top wealth decile hold 50% of the total wealth.”

Seems like the next big leap for equality has to be a capital gains tax. No wonder National is so opposed to it, despite the obvious economic logic.