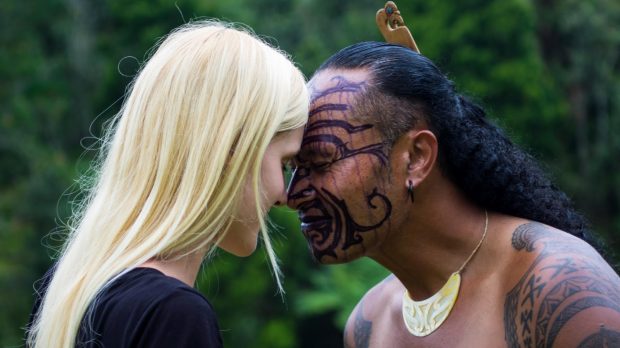 The language is the life force of the mana Māori.

I have met Bill English once, at Hoani Waititi marae in Waitakere last Waitangi day.  He initially impressed.  He was welcomed onto the marae formally and then spoke in te reo Māori.  His te reo was way better than mine which is improving but is still frustratingly poor.  I was pleased that he had made the effort.  I then met him face to face and the experience was very underwhelming but I was delighted that a conservative politician had made the effort to learn te reo Māori.

Which is why I am disappointed that he has engaged in a snarky dog whistle this morning and suggested that the Crown is doing all that it should to preserve te reo Māori and that it is somehow someone else’s language.

“The language will be saved by the people who own it and love speaking it,” the National Party leader told The AM Show on Tuesday.

“Māori need to speak Māori if they want to preserve the language.”

A controversial new book, Killing Te Reo Māori, claims everything we’re doing to save the language is having the reverse effect.

Mr English says a statistic mentioned in the book, stating one in five Māori under the age of 30 speak Te Reo, is “probably higher” than expected.

“I think it’s doing a bit better… I don’t think it actually is failing, if anything it’s probably holding.

“The Government has some obligations through the treaty. It’s met them in my view. We’ve spent a lot of money on TV, on resources for schools and so on.

“Probably a bit more can be done with resources for schools and teachers, but in the end it needs people who want to speak it.”

“But the owners of it need to speak it and that is people in their households.

“You can’t rely on a Government and a bureaucracy to save someone else’s language.”

That last sentence really annoyed me.  It is the role of the Government and its bureaucracy to save the language and it is not “someone else’s language”, it is the indigenous language of Aotearoa New Zealand.  It should be a priority.

And the Crown promised when it signed the Treaty of Waitangi to protect all of Māori’s taonga.  Its breach in failing to support and sustain te reo Māori was recognised by the Waitangi Tribunal in 1986.

The claimants have said to us that the Crown has failed to protect the Māori language (te reo Māori) and that this is a breach of the promise made in the Treaty of Waitangi.

Our task has been to decide whether the Treaty has been broken in this respect, and if it has, what should be done about it.

We have recommended that te reo Māori should be restored to its proper place by making it an official language of new Zealand with the right to use it on any public occasion, in the Courts, in dealing with government departments, with local authorities and with all public bodies. We say that it should be widely taught from an early stage in the educational process. We think instruction in Māori should be available as of right to the children of parents who seek it. We do not recommend that it should be a compulsory subject in the schools, nor do we support the publication of all official documents in both english and Māori, at least at this stage in our development, for we think it more profitable to promote the language than to impose it.

English’s comments were made in relation to a new book published by Historian Paul Moon Killing Te Reo Māori.  Moon has had a checkered past and has been described as New Zealand’s most right wing historian.  Claudia Orange once famously said that he was out of his mind.

The discussion is an important one.  As the Tribunal correctly stated Māori culture is a part of the heritage of New Zealand and te reo Māori is at the heart of that culture. If te reo Māori dies the culture will die, and some­ thing quite unique will have been lost to the world.  That is why the Government should be doing all it can to ensure that te reo Māori florishes.