It’s official David Cunliffe is Labour’s new leader. And, having been democratically elected by Labour’s Parliamentary, Party, and industrial wings in the first round, he carries the strongest mandate of any leader in the party’s history.

It’s a great day for democracy. But not as great as the sixth Labour government will be when we win next year!

Update: the full vote with second preferences is out: 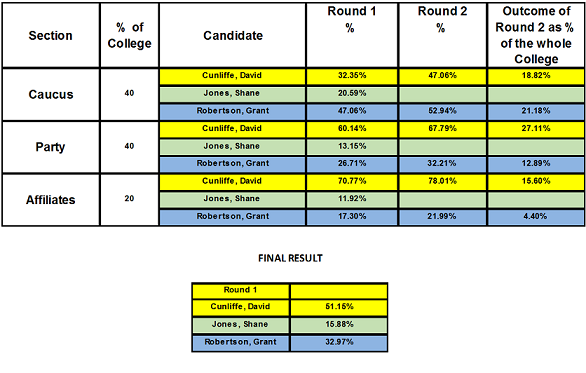 If it had gone to second preference Cunliffe would have had 61.5% of the total vote and just under half the caucus vote. It shows just how much those individual caucus votes are worth.