Labour stands up for ACC 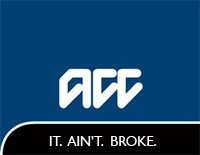 So – Labour have stood up for ACC. Bravo!

History repeats. In the last year of the last National government (1999) they flogged off the profitable parts of ACC cover to their mates in the insurance industry (“opened ACC to competition”). The incoming Labour government reversed those changes and re-instated ACC as the sole provider of accident insurance cover. ACC is an excellent system, the “envy of the world”, it ain’t broke, and it doesn’t need fixing. It certainly doesn’t need selling. National are determined to flog it off anyway, and last week announced Phase 1, again “opening” ACC to “competition”.

Some doubted that Labour had the mettle to fight for ACC, to stand up and say that they would reverse these changes again next time they are in government. Well, Phil Goff showed us that Labour still has what it takes. Labour will fight tooth and nail, and reverse any changes. On Friday’s Morning Report Phil set it out (audio):

Very clearly, this is a stalking horse for the full privatisation of ACC. It’s served New Zealand well, it’s been a better system than any other system in the world. But the National Party has never supported it.

They’ve been looking for an excuse to turn it over to mates in the business sector, they’ve found [made up!] that excuse. Labour is opposed to privatisation, we will fight that tooth and nail, and we will reverse it.

The interview goes on to quote insurance industry figures expressing doubts on whether it is worth getting in to the business on those terms.  The (hopefully short!) timeframe doesn’t justify the start up costs. So what next?  In the mean time, bravo Labour, and well spoken Phil Goff!

[The excellent Marty G has been covering ACC so well I hesitated to write this post.  But Marty seems to be away so be away and this development needed a post, so hope you don’t mind!]

14 comments on “Labour stands up for ACC ”