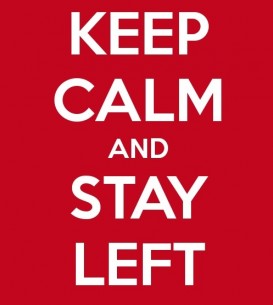 LPrent had a line about many commenters here being time-poor and being in influential positions, and Bill talked about “coordinators”, which got me thinking: can a Progressive be “in the world, but not of the world”?

What kind of person can really be a compromised leftie activist?

See if this rings any bells. You’ll have your own stories on this.

You’re highly qualified. You can’t trust those around you with your politics. Random restructures hit teams around you. If you’re outed, you’ll likely never work in your chosen field again. Your few close friends are allies, others have flamed out like a final Mad Max ride. Your nom-de-plume protects your mortgage.

A few peel off to work in Parliament, others to minor NGOs, some reduced to commenting alone, still more get post-campaign burnout and become melancholic muggles.

The choices narrow for the remainder. Build or find a project in your “spare time” and believe in its ability to inspire; this site is one. Choose union activism to rail valiantly against the rising exploitative tide, and forgo your career arc. Some retreat to the grey economy, rebuke the world, retire from the field early, sending occasional missives on purity.

Others keep their suits on. They find social reform, or governance positions, or built infrastructure projects, on a monumental scale, and push their shoulder in. They make deals. They compromise everything especially themselves. They are strategic brokers, and they are paid for it. One’s function in politics changes as one’s ideals are replaced by instruments.

And it gets harder, the longer you do it, for a Camel to get through the eye of a needle than for a rich man to enter the Kingdom of God. Much harder, but not impossible.