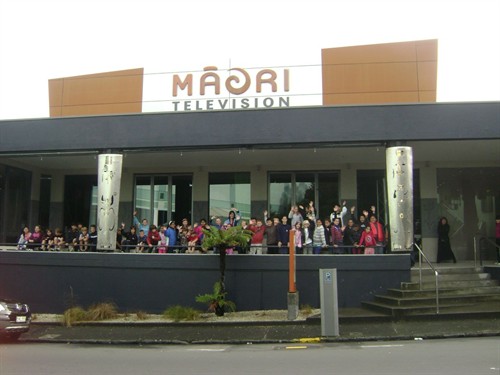 Mihingarangi Forbes is one of the most dedicated and talented reporters this country has. Her show on Maori Television Native Affairs was a must watch. Her recent resignation was further evidence to me that the media’s ability to actually talk about what was happening in Aotearoa is being deliberately muzzled.  And there was concern at the level of political interference occurring at the station.

I was pleased that she found a job at Radio New Zealand. That institution shines like a beacon because of its independent journalism and because reporters such as Forbes and John Campbell have found refuge there. But you get the feeling that it may be the last refuge and if the barbarians manage to undermine it sufficiently then independent journalism will be left to the amateurs.

Forbes has broken a further story about how the receptionists at Maori Television are being moved on because their Te Reo is less than optimal.  While I agree that Te Reo is of vital importance the idea that a couple of workers should lose their jobs because for whatever reason their Te Reo is not optimal upsets my trade union instincts.  If someone has been employed and performs their job well and the required skills change they should be retrained, not dumped.

The two women have greeted visitors to the Newmarket-based station for a number of years, and are said to be devastated by the news.

A close friend said the women, who are middle-aged grandmothers, were both denied the opportunity to learn Te Reo Māori at school.

One of them had tried to learn Te Reo through classes offered by the television station, the friend said.

A former staffer said the women were excellent at engaging with visitors and making them feel welcome with the language ability they had.

Māori Television CEO Paora Maxwell said Māori Television had “undertaken a realignment of its strategy to support its vision for Māori language to be valued, embraced and spoken by all New Zealanders”.

Mr Maxwell said all staff had the opportunity to learn Te Reo. “Māori Television has set itself the aspirational goal of having a bilingual workforce by 2020,” he said.

Māori Television has six members on its executive, of whom just three are Māori language speakers.

Here is a suggestion for Mr Maxwell.  If you are going to change employees’ job descriptions and make being fluent in Te Reo compulsory you should start with the executive level and work down.  And having an aspirational goal of bi lingualism by 2020 does not mean that you should fire respected middle aged employees who are grandmothers in 2015.

It is not clear if the receptionists have been made redundant or fired.  Either way I suspect that they will soon be returned to their jobs if they choose to contest it.

This is absolutely disgraceful! Surely there was scope for personal development to allow people the opportunity to grow in their work place. What makes this even more disgusting is we have done this to our own people. I often talk to whanau who don’t speak te reo (but are hungry for it) and I ask them why they don’t. More often than not the reply is because they feel intimidated by whanau/friends who are already able to speak. This upsets me!