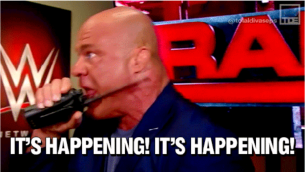 I’ve been a Marama fan for an age, so I was very biased in her favour. But reading her speech from today’s launch in Ōtara just reinforced it.

Together, we can build a country that ensures everyone has what they need to live good lives, and that recognises that a healthy environment is crucial to that.

Together, we can change politics forever.

Together, we are many.

New Zealanders want their Government to reflect our values of care and compassion for communities and the environment.

There are three fundamentals for modern progressive communications (which I’ve shamelessly stolen from Anat Shenker-Osorio’s website):

As to the first: we aren’t thermometers. We can’t be content to reflect where people are. We have to be thermostats, pushing the political temperature in the right direction. And Marama Davidson is doing that just by being who she is: a Māori woman, a mother of six, launching a political campaign at the leisure centre in Ōtara where she learned to swim as a kid.

(Jacinda Ardern has also been doing this, by taking a drastically different approach to Waitangi and defying the standard frame of “one day of tension and shouting which doesn’t ~bring the country together~”.)

But it’s further reinforced in a speech which does not make a single mention of economic growth (she does cite the “steady economic development” of her grandparents’ day) or business but uses the word “communities” 20 times. This will be decried by the Kiwiblogs and Whaleoils of the world as demonstrating her inability to be part of a proper government.

The second point: we can’t just be a resistance. A resistance is defined by what it resists. There has to be more to progressive politics than hating everything National did for the past nine years. I really hate the word vision (thanks, David Shearer), but it kind of applies: you need something to aim for. To build a better world, you’ve got to know what that better world looks like, otherwise how do you know you’re going in the right direction?

This is Marama Davidson’s vision:

Aotearoa can again be a country of care and compassion and a world leader through the greatest challenges of our time.

A country where all children grow up in healthy, liveable cities, are able to play in their local stream and forest, and have the support and opportunities to realise their full potential.

And a country that recognises that upholding Te Tiriti o Waitangi as our founding document is essential in achieving this.

The third point is something both Labour and the Greens have been … not brilliant at over recent years. Instead of getting the hardcore fans excited, appreciating their role as communicators and agitators in their own communities, parties have taken them for granted. They’ve assumed the way to bring in people from outside was, variously, “say what the mainstream media wants to hear”, “try to look like National”, “tell people who hate us that we’re not that scary” and per point 2: “reinforce the right’s framing and priorities”.

While it’s easy to write off Davidson’s approach as pandering to the fans (which wouldn’t exactly be a bad idea since they’re the ones voting for her) it’s important to understand how staunchly declaring Green Party values and the need for a fundamental shift in New Zealand politics and society will energise those fans, and make them feel there’s a real result from donating, volunteering, spreading the Green message.

Besides those three key points – and getting those right would have been entirely sufficient for me – there’s a few other things. Stuff you may have noticed me go on and on and on about, which progressive politicians just have to stop doing if they really want to achieve change.

Marama Davidson nails every single one of these. Her values are “care and compassion for communities and the environment”, working together (a prominent theme). The villains are “our elected representatives” who “tore apart the social safety net”.

That last point, that’s where I turn into the eyes-for-hearts emoji. One of my most-read posts last year was about how we (should) talk about child poverty: not as a passive force, but a created injustice. Well:

We could have chosen to pull communities in to our growing financial prosperity. But instead we further alienated struggling families and pushed them to the margins of our society.

Instead our elected representatives tore apart the social safety net we had built up over generations, pushing hundreds of thousands of children and families into hardship and deprivation.

Not “young people from vulnerable communities fell through the cracks”: “we built barriers for youth who simply were not born in to wealth”. Not “families ended up on the streets”: “we took families out of State houses that we sold to rich developers.”

We did this. We can fix it. Political messaging doesn’t get much clearer or paradigm-shifting than that.

Tinkering and half-measures will not be enough. Now is the time to be bold and brave for those who need us most.