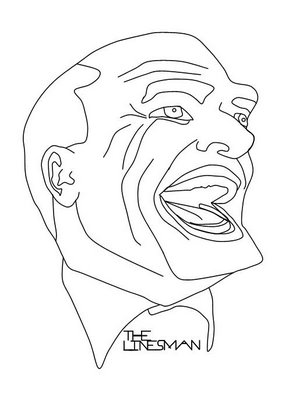 Rodney Hide is the Minister of Local Government. He is also the lead clown of the long-time opposition circus that is the ACT party. It appears that he has the two roles confused. He is advocating that people ignore the law on gaining building permissions.

Local governments enforce those building regulations. Those regulations are there to prevent disasters like leaky buildings. Rodney is the minister in charge of the local bodies who enforce those expression of parliamentary legislation. Can anyone see the conflict here?

The circus that is ACT hasn’t garnered much respect over the years apart from a small rather vocal minority of self-interested supporters. The party and its leading lights appear to be even worse in government. For instance their strange views on the role of the committee looking at the ETS. The Nats and Peter Dunne want to look at the detail. Act wants to waste money on inadequate science.

This latest display of poor judgement brings their reputation to a new low. It detracts from the ability of the government and parliament to pass and then enforce the legislation. After all they might not have meant what they wrote, and anyway if a minority of government gets a ministry then they can do what they want, regardless of the will of parliament.

John Key should remove Rodney as minister in charge of local government. Perhaps parliament should look at censuring him for lowering the respect of the house and the laws it passes.

For the detail on this issue, well I’m going to just quote Idiot/Savant in full because he writes so clearly….

One of ACT’s key platforms last election was law and order. They pushed for tougher sentences, “three strikes and you’re in”, and they stacked their list with refuse from the Sensible Sentencing Trust (including death penalty advocate David Garrett, who is now their “law and order” spokesperson. So you’d expect them to take a pretty strong view on lawbreaking, right?

Wrong. ACT leader Rodney Hide is going around recommending businesses break the law whenever it is inconvenient for them:

TVNZ’s Close Up programme last night said Christchurch businessman Gary Bull had been told by his local council that if he wanted to build a shower for his employees then he had to make it wheelchair accessible.

Asked if Mr Bull should ignore the law and “do it on the sly”, Mr Hide said “Look as a minister I can’t recommend breaking the law, but I believe he should.”

Asked if that was not an extraordinary thing for a minister to say, Mr Hide replied it was, but it was not possible for people to comply with the law.

Asked again if he was advising Mr Bull to break the law, Mr Hide replied that since he had been on TV the council might frown upon it, but he personally would take issue with a council for “running over this guy”.

This is simply extraordinary. Hide isn’t just a minister, but the minister in charge of the sector responsible for policing the Act. And he’s not only saying “break the law”, but also offering his personal protection for doing so. In other words, behaving like a feudal gangster.

The Cabinet Manual requires Ministers to “act lawfully and to behave in a way that upholds, and is seen to uphold, the highest ethical standards”. Do you think this is the case? Answers to j.key@ministers.govt.nz…