National can win the next election 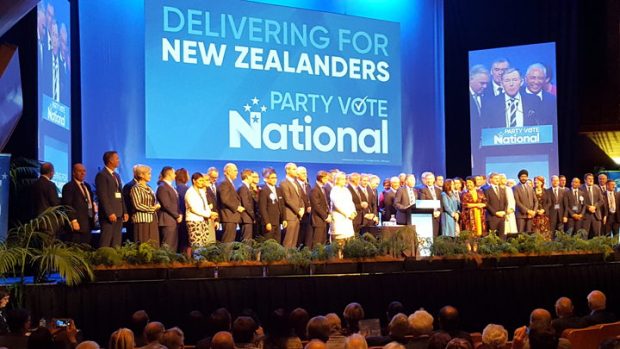 The first part is to wait.

The current government are on a wafer-thin majority within a fragile coalition.

Labour will go down from where they are, as all first term governments do.

Once the electorate has finished inhaling new-baby estrogen, wept swimming pools of salty tears to their politically abject historical inquiries, and stacked the firewood of their middle class tax transfers, stuff gets hard.

And let Time place his mighty finger on the scales.

The second part is to increase popularity.

Initial part of that is to change leaders.

Bill English is a dead weight. He knows that and they know that. If John Key had wanted to, he could have stayed on and got them to close to 50%.

Call it 48% and easily ruled alone. They got a respectable result, but they would have won with John and without Bill.

2-3% for them begging to be taken by just ditching Bill. That would easily get you back to 45%

The next part is to be prepared.

Plenty of money in the bank, plenty of proxy mouthpieces in the real estate and development community, plenty of talent in the lineup, and others willing and hungry to take their place. Labour have almost no businesses donating, and have not worked Auckland’s bourgeoisie to shore them up.

But the time is coming to drive a proper wedge between the entire agricultural community and economy – together with major business, against this government. Let the Greens keep that 5% joyless vegetarian vote, and feed the rest actual red meat. Eat all the pies.

The government’s Minister of Finance wants to make the economy be “about” people and stuff. When the first farm foreclosures arrive, when the mortgagee sales of apartments start after Twyford deflates the market too fast, when the same stories appear in 2018 in

winter about the same 2017 families sleeping in the same cars, remind the public that, whatever the economy is “for”, the Labour-led government is in charge. The economy is simple: show me the money.

On the list is get Shane a job. Won’t be hard, obviously. Newly married, roguishly charming as ever, biddable and priceable, he’s the easy way to eradicate the succession plan for New Zealand First. Kill NZF. It will be as hard as rolling that besuited geriatric off a cliff. 1-2% redistributed is yours.

The really easy bit is to hold the current government to account. Great, treasure what you measure, and top work Jacinda.

Few of this governments’ own measures are within their control. It is exceedingly noble to hold yourself accountable to the powerless, and to let that be writ large in the media for all to see without controlling the outcomes.

Nobility, as Frank Underwood would say, doesn’t give you shit. A few gentle reminders to the news teams that accountability is only used in performance reviews, and the debates go south fast. .5% is yours.

In the last year, election year, tell them this: we will make you rich. Not happy, not not-poor. Rich. Have fun with it.Grow the pie? Eat the pie.

That’s the extra 2% that gets you to 48%. Just a gentle reminder, National was polling ready to govern alone in September 2017.

None of those are hard moves.

75 comments on “National can win the next election ”