National has a big asset-sale problem

In the continuing deluge of information post referendum, lets have a wee look at some analysis where the vote for No came from. Even in National held electorates, their MPs have big turnouts and big votes against asset sales. I’ve chosen to put this image in turnout order purely to illustrate the point that Matthew Hooten can’t read numbers. The turnout across the country is highly uneven. In postal votes, the South Island and National held electorates generally turn out far more than Labour or Auckland urban electorates.

The other images can be seen here. 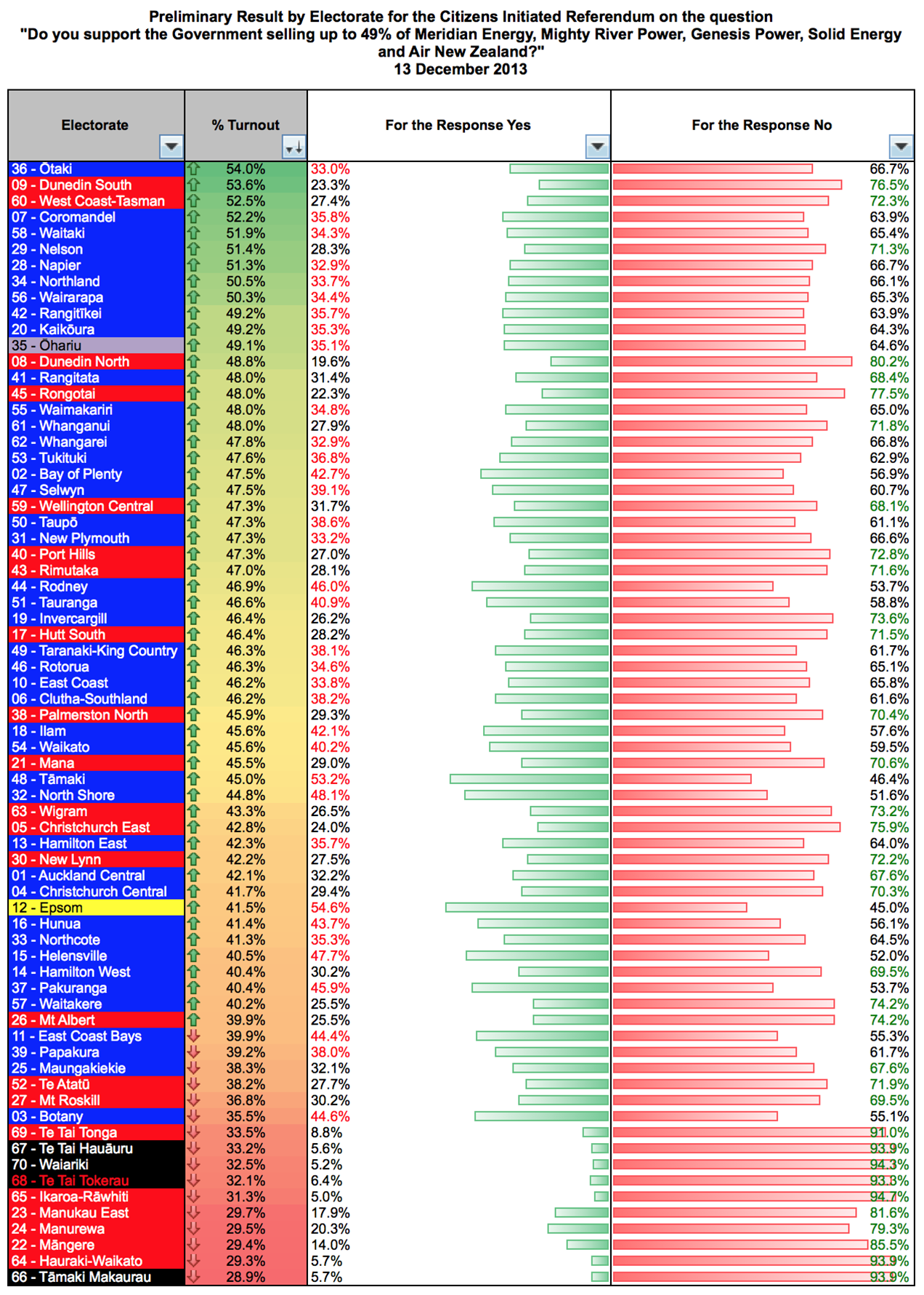 So to summarize, the asset sales program is highly disliked across all of rural and provincial NZ – most of which is in National held electorates.

About the only electorates that liked assets sales were (surprise, surprise) where the bankers, stock market clowns, and investors hang out. Epsom, Tamaki, Helensville, Botany, parts of the North Shore in Auckland, etc. In short the home and haunts of the favoured 1% for whom the theft of assets for the rest of the voters was designed to assist.

The really bad news for National is that most of the voter turnout was (as expected) National voters who in most National held electorates largely voted against the asset sales almost two to one. Especially in the provincial seats that National has to hold to retain the treasury benches.

The turnout differences between seats in a postal vote are far more pronounced than general elections almost exactly following the deprivation indexes. Which once again reinforces that postal votes are effectively discriminatory against the poor.  You can see why National preferred to waste $9 million holding this referendum vote out from the general election. The results for National’s mythical “Mandate” with a higher turnout in Labour, Maori party, and Mana held electorates would have been disastrous.

128 comments on “National has a big asset-sale problem ”