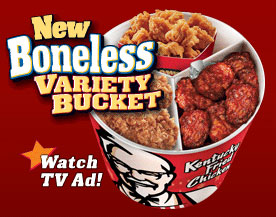 National have just backed down on their opposition to interest free student loans.

Back in 2005 Key called this ‘a policy that tells young New Zealanders to go and borrow to the hilt What a cost to the country! What an unaffordable and irresponsible cost to the country! It is a sad day National members will be opposing this legislation with every bone in our bodies’

Labour’s interest-free student loans policy was a big ‘dead rat’ to have to swallow, but John Key had no choice but to hold his nose and throw it down the hatch.

Labour will howl ‘policy theft’ and there will be more accusations of ‘me-tooism’ against National. And some might say fair enough. I reckon Key has engineered at least ten policy reversals since becoming leader (perhaps someone wants to count?). The biggies include income-related state rents, KiwiSaver MK1, Working for Families Mk1, and the Cullen super fund.

In his ongoing quest to clear the decks and remove the stench of the Brash years from National, it does appear at times as if Key is simply removing reasons not to vote National, rather than giving people reasons to vote for it.