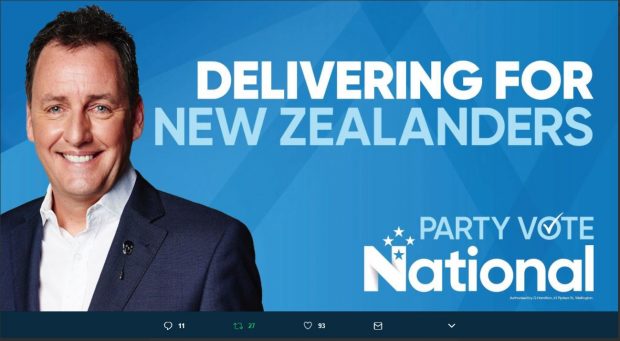 National’s list has now been announced.  And here it is.

No major shocks but it is interesting that there has been very little movement there has been since last election.  And the top positions clearly reflect current caucus standings.

And National will struggle to get new people off the list.  They may lose a couple of electorate seats but this will still mean that they have 39 electorate MPs.  And I reckon they will struggle to get to 42% this year which will allow up to 11 list MPs.  On these figures Parmjeet Parmar’s, Joanne Hayes’, Chris Bishop’s, Nuk Korako’ s and Maureen Pugh’s parliamentary careers would be over.

There is no sense of of the sort of renewal that they had last time.  This list looks tired and staid, exactly like this Government.

And can someone tell Stacey [Kirk] of Stuff that reporters are meant to get content correct?

She said this in an article that appeared this morning:

When former leader John Key increased the party’s vote-share in 2014, as a third-term Government, it was a feat unheard of and one English almost certainly will not be able to repeat.