For those who are wondering how National’s “social housing” policy is going to work in practice, The Herald today has a piece that gives a pretty fair idea:

A big state-owned site in Auckland once earmarked for social and affordable housing is being carved up for sale – and the first 50 houses will be sold privately at market rates.

The 24ha site formerly part of the Papakura army camp, between Walters Rd and McLennan Park, was bought by Housing NZ in June 2004 for $10.7 million. Its rating valuation has more than doubled to $23.4 million because of Auckland’s desperate housing shortage, but no houses have yet been built.

In October 2012, the agency unveiled plans to build 450 to 500 homes, including 10 per cent state houses, 20 per cent other social housing and 70 per cent for private sale at prices likely to be “in the high 200s to the high 300s” – which would have made it Auckland’s biggest low-cost housing development for 25 years.

Instead, real estate agent Barfoot & Thompson yesterday advertised seven “super lots” of up to 16 sites each for sale by expressions of interest, with pre-designed two-, three- and four-bedroom houses designed by Studio of Pacific Architecture.

Housing NZ general manager of asset development Leonie Freeman said the release of 50 sites on 2ha would all be for private sale at prices that “will reflect the current market at the time of sale”. … 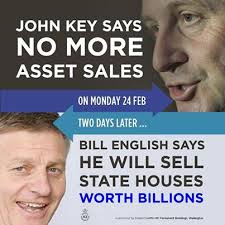