A woman was at an outdoor music festival. She was topless and had her breasts and chest body-painted. A man came up behind her and groped her breast. She and her friend then approached the man, where she hit him on the head several times and her friend threw a drink at him.

That New Zealand still has men who think it is ok to grope women in public is not a surprise. After all we’ve just had nine years of a good keen bloke Prime Minister who sanctioned rape culture in quite a number of ways. But it’s utterly unacceptable that in 2018 one of our national television broadcasters is so useless at reporting on this, especially as 2017 was the year of #metoo.

This is revoltingly minimising @NewshubNZ. He crept up behind her to ASSAULT HER. Get it right #metoo pic.twitter.com/lNePFeyCRZ

Of course @nzherald goes one further by blurring the video of the attacker's face but not the victim's. All class.

That was sexual assault, and this is classic rape culture – reframe what happened and make out that it was just a bit of fun. Up your game TV3, because yesterday you were part of the problem. You had the opportunity here to normalise the narrative that women are people with rights and you blew it.

Cue comments on social media where some people are blaming the women (and people pushing back against rape culture too). Perhaps the blamers don’t realise there were also naked men at the festival who weren’t being sexually harassed. Or perhaps they don’t care, because they see women’s breasts as inherently sexual and men as incapable of controlling themselves when confronted by them, ergo women are to blame. Or maybe it’s just that women deserve what they get for not accommodating the fact that some men assault women given the chance. Rape culture, endorsed on TV.

I’m guessing there are quite a few people out there feeling challenged at the moment. There is no law against women being topless in NZ. Nudity is not that unusual at some festivals here, although I suspect that Rhythm and Vine is experiencing a bit of a clash of cultures (at a guess, piss-head vs hippy, although both those cultures contain varying levels of awareness of consent issues).

There’s something here where a perceived cultural norm is being used to justify sexual assault – women aren’t normally topless most of the time, therefore when they are, it is them that attract unwanted sexual attention. In other words, for some, women are the agents of the offence. The cultural norm of not touching women’s breasts without permission gets lost. Why is that?

For those who might be thinking that being topless is an invitation to be groped, here’s what that sounds like in other contexts,

All those saying "she asked for it" basically share the viewpoint of these 2 fellas.https://t.co/S4ZhCYTrPw 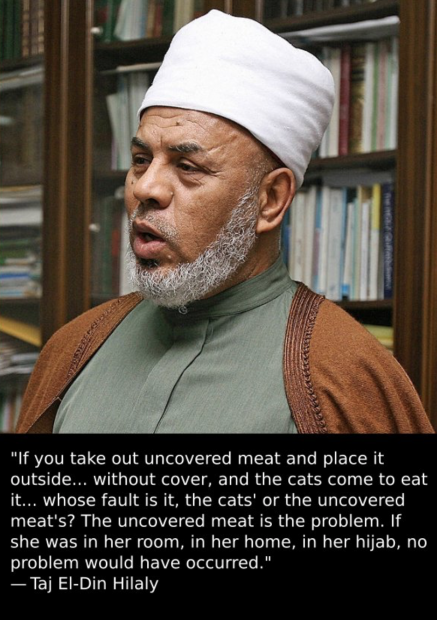 If that seems too extreme a comparison, it’s actually not. At the core, it’s whether one understands that women are entitled to body sovereignty. Our bodies don’t exist for the sexual gratification of, or objectification by, unconsented men (or their jokes). Nor should we be expected to cover up because some men still think they have right of access if we don’t.

No-one is making men touch women without consent. Men have agency. When you remove that agency and say that women are making the men do something, that’s also apologising for rape – her skirt was too short, she was drunk, she was out late at night, it’s at least partly her fault. When you blame women for men’s actions of sexual assault you are endorsing rape culture. If you think there is a special line between groping a breast at a festival and raping someone, tell me where that line is exactly. Because otherwise they’re all part of the same culture that says that women are allowed to be abused and what women want doesn’t matter.

It wouldn’t at all surprise me if the man who did the groping did it for a laugh. That’s another clash. What’s the important thing here, how he experiences the act or how she does?

The woman who was abused in this instance, Madeline Anello-Kitzmiller, spoke to the Herald,

She said she had had her chest painted along with Ashworth’s sister, Katie, 18, at a gypsy stall at the festival.

“Within five minutes, we were being told we were disgusting, people were yelling ‘put a shirt on’. I couldn’t believe it. It was just as much girls as it was guys.”

The day before, she’d worn a sheer top which showed her nipples and also had negative reaction.

“So I had a lot of built up anger.

“I was walking to my campsite and saw this hand come up. He got a handful of my boob. I went over and hit him.

“It was quite shocking. I’m used to love and kindness, freedom of expression, equality.”

She went back to her tent with her boyfriend to talk about what had happened.

“I was going to cover up but I didn’t want to let them win. My body and Katie’s body is beautiful. It’s completely natural. We were born naked.”

She described the experience as a “culture shock” – she is originally from Portland in the US where she says people are more liberal at festivals.

Her boyfriend, who lived with her in Portland for six months last year, said people at festivals there “literally walk around completely naked without anyone noticing or caring”.

He responded to the naysayers on Facebook saying he was “the proudest boyfriend ever” and shocked at the reaction.

Also from the Herald,

The body artist who painted glitter boobs at the Rhythm and Vines festival said both men and women offered their naked bodies to be painted – but it seemed only women were harassed.

Guillam-Scott specifically offered “glitter boobs” on her price list because she said they’re popular at festivals in the US and UK and said both men and women took her up on the offer at the NZ festival.

“There were guys who were like, ‘hey, can we get glitter on our balls?’

“One of our girls didn’t mind, so we charged them $20. There were guys walking around the festival with glitter on their balls.

“But the guys who got naked were treated so differently.”

Guillam-Scott said plenty of people were getting naked at the R18 festival, but it was only women who were getting harassed.

Festival organisers even shelled out $50 each for the first girl and first guy to go down the slides naked.

“It doesn’t really matter whether you think it’s okay or not for her to have her boobs out like that,” Guillam-Scott said.

“Nobody has a right to go up to you and touch you.

“If I was lying down, passed out, naked, does that give someone the right to violate me? No.”

Guillam-Scott said she was shocked when she first saw the video circulating on Facebook, but thought the ending was empowering.

She was also proud to see her body paint work viewed by hundreds of thousands of people.

“I think it’s awesome what she did.

“I was almost proud, because I think it’s empowering for a girl to come and do something like that. It takes a lot of confidence.

“There’s no difference between what she was doing and wearing a bikini top.

“I think it’s awesome that she went over there and stuck up for herself.”

Organisers of the Rhythm and Vines festival were disappointed to hear about what had happened.

“We do not condone any form of harassment and take these issues very seriously. We will continue developing our ideas on how to create a safer and more enjoyable environment for our customers.”

Moderator note: zero tolerance for victim blaming. This post is intended to be welcoming for women and survivors of sexual assault.