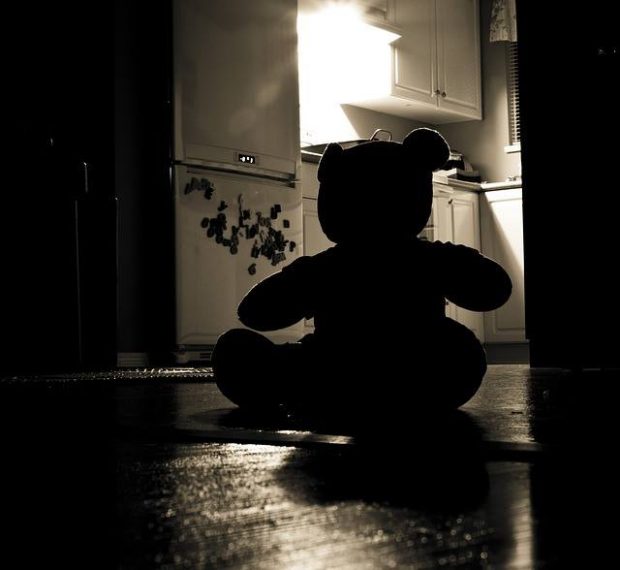 On last Saturday’s episode of The Hui, Mahinarangi Forbes interviewed ‘Ngā Wāhine Mōrehu‘ – four female survivors of physical, sexual and psychological abuse endured as children in state care. I watched it online on Sunday and felt so choked up after listening to these women’s stories that I shared the link on facebook, simply posting “No words…”. However after a bit of reflection I found that I did have a lot of words.

I started primary school in 1970 and in the years that followed, I sometimes walked home with a girl named Lisa. Lisa lived in what was then known as a ‘Social Welfare Home’. From the outside, it looked like many other of the lovely and large old villas in the neighbourhood. I never spent much time inside it. I recall that there were multiple toilet stalls in the bathroom and that the atmosphere in the place was so bad I didn’t want to hang around. The kids that lived there were terrified of the “parents”. Lisa seemed very subdued at times and I’m pretty sure that she and the other kids would get belted if they put a tiny foot out of line. Back then, kids were still given “the strap” at school, so we kind of accepted that this happened to kids at home as well. Lisa often brought sugar sandwiches to school for lunch. Hundreds and thousands on white bread was party food back then so in my naivete I might even have been a little envious. My Mum made me eat sandwiches with ingredients like Tuna and Lettuce.

Sugar sandwiches aside, I am deeply affected by the fact that these are women and men of my generation. My general recollections from the early 1970s is that it was a time when life seemed a lot simpler. The kids of the neighbourhood climbed trees without supervision in the park and we raced down suburban streets in trolleys made from beer crates. It sickens me to know that while I was having a comfortable middle-class life, others in my neighbourhood may have been experiencing horrific levels of abuse at the hands of people hired by the state to look after them.

I did have some idea that there was injustice in the world. The Vietnam War was televised and the images of the child victims of the My Lai Massacre have been etched in my mind ever since. I may even have had some sense that injustice was closer than I cared to imagine, but my relative innocence didn’t provide tools big enough to reveal the darkness that lurked beneath the surface of the superficially pristine suburbs. I was one of the lucky ones.

To date, 420 victims who have spoken out about historic abuse have received some level of financial compensation and a personal apology from MSD. A further 300 claims are in the piepline. Yet, despite Race Relations Commisioner, Dame Susan Devoy asking the UN to to further investigate this matter, and action from the Human Rights Commission, Minister Anne Tolley refuses to acknowledge that the abuse was widespread, stating: “There’s no evidence that it was a systemic problem.”

Judge Carolyn Henwood, who headed a panel hearing on the matter, listened to the stories of over 1100 victims and recommended an independent inquiry to determine how widespread the problem was. Despite this, Tolley maintains that that only 3.5 percent of those who had been in state care had suffered abuse and that an independent inquiry would merely “retraumatise” these victims. This seems odd given that the victims themselves recently marched on Parliament asking that this dark period of NZ’s history be acknowledged, and a full public apology given.

The real elephant in the room in relation to a full independent inquiry is more likely the fear that it will open the flood gates to a raft of compensation claims. It is estimated that there may be close to 100,000 people who were abused in state care between the 1950s and 1990s. Taken together with Tolley’s claim about the numbers, this means that there may be at least 3,500 people entitled to compensation.

This is a very tumultuous time in New Zealand’s political landscape. The Greens fought for years to bring the issue of Climate Change into mainstream consciousness only to have their efforts pipped at the post by Jacinda Ardern, who finally got some cut-through by referring to it as our “Nuclear-Free moment”. In a similar vein, we must now acknowledge that our society is deeply affected by those around us who were abused in state care. The statistics indicate that 80% plus are Maori and as Dame Susan Devoy has pointed out, “These state homes were the beginning of the mass incarceration of Maori New Zealanders in our state institutions. And it is still going on…”

On Sunday (September 10, 2017), Labour leader Jacinda Ardern announced that a full independent inquiry is on Labour’s 100 day plan, should they form the next government. It’s a sad indictment on our society that this issue became part of any parties election platform. However, in addition to the testimony of victims, it seems that health professionals who sounded alarm bells both at the time and after the fact, have been roundly ignored.

It’s clear that NZ is now facing our own ‘Stolen-Generation’ moment. We cannot heal these wounds and move forward together as a nation, unless we openly address the wrongs of the past.