Pay the money back Simon 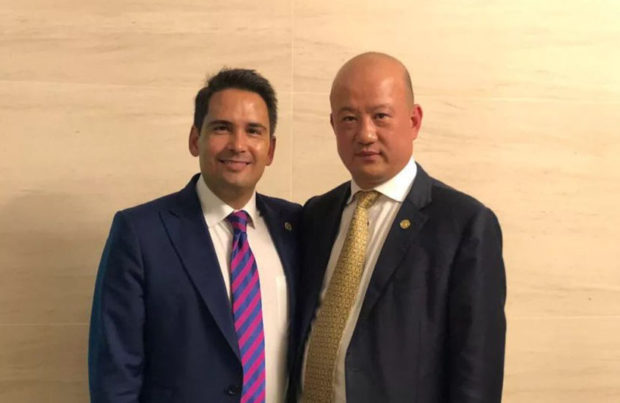 I cannot believe how inept National’s handling of the $100,000 donation fiasco has been.

It was bad enough that Bridges was involved in the donation which was made in such a way it was not disclosed as it should have been, that he apparently agreed that two Chinese MPs were more valuable than two Indians,  and that the strong impression has been created that financial donations can result in National Party MP list positions.

But what would Crosby Textor say was the most important thing to do once the SFO was involved and charges were flying around?  Surely pay the money back.

There is a precedent.  National managed to hide the Donghua Liu donation and avoid disclosing its existence at a time when it was most vulnerable on the issue by getting Jami-Lee Ross to claim that the donation was an electorate donation for his local campaign.  The money was paid back but still declared in Ross’s electoral return.

Fast forward to yesterday and it appears that National still has the money that was donated as long ago as May 2018.  From Zane Small at Newshub:

Simon Bridges has “no intention of keeping” the $100,000 donation at the centre of a Serious Fraud Office (SFO) investigation into the National Party’s donations.

Bridges said he feels “vindicated” that neither he nor his party is included in the SFO’s formal charges laid this week against four individuals related to donations paid into a National Party electorate bank account.

“I feel a sense that, as I’d always said, myself and the National Party had nothing to do with any of this, and that’s sort of where we see it,” Bridges told Magic Talk on Friday.

Magic Talk host Sean Plunket told the Opposition leader the “issue remains” that the National Party received money that may have been illegally mishandled before it reached the party’s accounts.

Bridges responded: “It’s safe to say that we don’t have the intention of keeping the donation, in fact, we’ve been in communication and written to the Electoral Commission about that, for them to help us and give us advice on what to do with that donation.”

No intention of keeping the money?  Your party has had it for nearly two years.  It does not take that long to repay money.  All you have to do is write a cheque.

And as has been shown by the Donghua Liu donation the repayment and the formal recording of the donation can happen separately.

This incident has shown clearly that Bridges does not have the skills or the ethics to be Prime Minister.  Judith will be grinning on the inside from ear to ear.

33 comments on “Pay the money back Simon ”