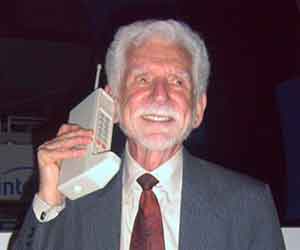 Contrary to what the National Party would have us believe, restricting inmates’ use of phones in prisons has always been a bit of a problem.

Presumably the rise in the availability of mobile phones coupled with their shrinking size has made the job of controlling their use even more difficult for corrections staff. Check out the quote below.

“The more I have investigated the abuse of prison phones, the more I have become concerned. Inmates are organizing bank robberies, ordering drugs, arranging death contracts and leading gangs through the misuse of the phone system. It just makes a joke of the justice system”.

It’s from Nick Smith. It’s a statement he made in 1998 as then, Minister of Corrections. Phone use in prisons has always been a problem. Nick couldn’t (or wouldn’t) do anything about it back in 1998 when phones were either tethered to a wall or so large it took two people to lift them.

Today, Corrections Minister Damien O’Connor announced a partnership with Telecom and Vodafone to jam mobile phone calls in and out of some prisons. Apparently it’s a world first. It might not fix the problem completely but it certainly sounds like a step in the right direction.