Poverty falls, more to be done 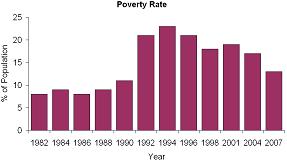 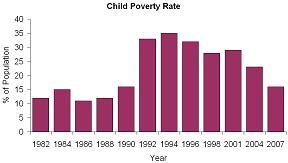 Child poverty dropped 7% between 2004 and 2007. Since the Government came to power it has reduced the percentage of children living in poverty fell from nearly 36% in 1994 to 16%.

Working for Families is the main reason for the decrease since 2004 because it significantly increases after-tax incomes for low-income families with children where the parents work. Now, virtually the only children living in poverty are the children of beneficiaries. Labour must act to lift incomes for those families if it is to eliminate child poverty in New Zealand, which is this Government’s laudable goal.

Unquestionably, Labour has done well on poverty and incomes, restoring poverty to the low levels that existed before the disaster of the rightwing revolution in the 1980s and 1990s. A full employment policy, higher minimum wage, and Working for Families have made a real difference to hundreds of thousands of our poorer families. The worry is that all this progress will be undone, as it was in the 1990s, if National wins the election.

[Update: thanks to the alert reader helped raise the standard of The Standard by emailing us after noticing I’d accidently used the BHC numbers for the child poverty graph but quoted the AHC numbers in the text. I’ve fixed the graph.]

35 comments on “Poverty falls, more to be done ”