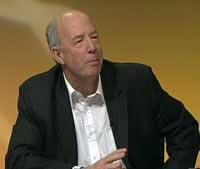 Somebody pointed out recently that the Dominion Post, while continuing to run opinion pieces by Richard Long following the fallout from The Hollow Men, has stopped signaling his obvious bias.

To his column, they used to add: “Richard Long is a former Chief of Staff for National leaders Bill English and Don Brash. These views are his own.” This disclaimer has mysteriously disappeared. While Basset was rightly dumped by the Dom after his involvement with the Orewa race speech was revealed, Long’s political bias has merely been disguised.

Some readers may remember Long as the man whose job it was to spin lines for the Nats at the last election – on the Brethren, Crosby and Texter, the Insurance Council, privatisation, American campaign involvement, and more generally, the ‘inoculation’ of unpalatable National Party policy. Nicky Hager’s book is a treasure trove of insights into the way Long works:

“Don, just a reminder that the Brethren ads start tomorrow (in the NZ Herald) in case you get questions. Suggestion: I understand that this is a campaign by members of the Brethren Church. My staff and other political parties were, I understand, informed in advance that it was planned”.

And later on to John Key on his successful ‘inoculation’ on privatisation:

“Well done this morning. You were superb on Morning Report and the Dominion and NZ Herald pieces are excellent. It’s gone across as a sensible moderate approach and another sensible inoculation”.

Evidently some of Long’s campaign advice is still being followed by Key and the National Party today:

“In my view our second big issue of the election campaign, after One Law for All, has to be tax cuts. I would vote for a bold statement promising big tax cuts, but without the detail… We would have to find a formula of words saying that this is our intention, our work over many months shows it is feasible, but that we will not produce details till we see the state of the books next year…”

Long is a shrewd opportunist. As Brash struggled, Long was already looking for the next political product to sell and found it in John Key. In his column entitled Honest Don is beginnning to look like Mr Magoo he notes that “John Key is the leadership candidate straight from central casting and the anointed one… He’s the state-house-to-international-moneyman success story, media savvy, fluent with business and the economy”.

No surprise whose corner Long is in now. Perhaps the Dom should put back that disclaimer.