In some economic theory a moderate rate of unemployment is a Good Thing. It creates a pool of cheap (even desperately cheap) labour for capitalists – a reserve army of labour. It is thought to keep inflation down (in the short term). From a cold-blooded capitalist point of view it is useful to keep the natural rate of unemployment fairly high.

So it was interesting to see Bill English come pretty close to admitting that the Nats are “relaxed” about our current high unemployment. As reported by TVNZ, Phil Goff came out swinging:

The Government admitted today for the first time that unemployment at present levels is a deliberate part of its economic policy, Labour leader Phil Goff said.

“Mr English said that this number of people being unemployed was not ‘brutal at all’. “That is an extraordinary admission. While the recession is responsible for some of the rise in unemployment, Mr English has made it clear that government policies have also contributed to rising unemployment and will continue to do so.

“Mr English has come closer than any minister so far to admitting that for this government the present high rate of unemployment – at 6.8 per cent – is a choice. “I would like to know if Prime Minister John Key shares his finance minister’s economic prescription for New Zealand. 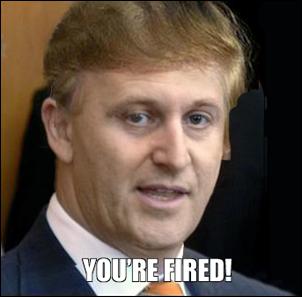 Most writers here at The Standard have assumed that the Nats dismal performance on the economy in general, and jobs in particular (how ’bout that Jobs Summit eh?) is a matter of simple incompetence. Perhaps not. Like Key’s unguarded “we would love to see wages drop”, perhaps Bill English English has given us a glimpse of the Nats real thinking. “We would love to see unemployment rise” might be overstating it, but from the way the Nats are laying off workers and doing nothing to create jobs it is clear that they are perfectly relaxed about “rebalancing” the economy on the backs of the unemployed.

34 comments on “Reserve army of labour ”