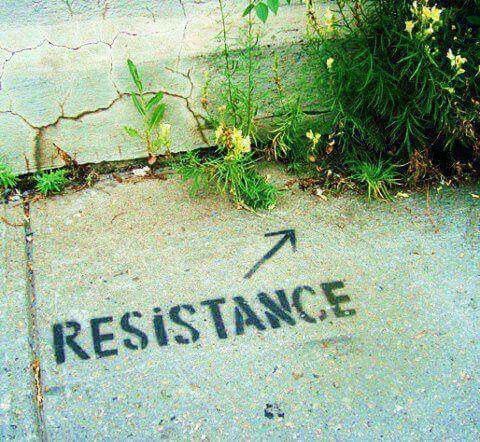 Chris Trotter’s recent article Why we (Don’t ) Fight asks the question about why there isn’t more resistance to the degree of inequality that we face in New Zealand:

On such hind legs as they still have, unions still make their progressive voices heard inside the beltway. Their numbers are in such sharp decline that they are nearly invisible outside the remaining public sector unions, but bark they do.

On such legs that they still have, mainstream churches still organise against poverty and use their assets and services to that end including in primary and secondary schools, rest homes, hospitals, social services, housing, and more. Unfortunately they are in rapid decline and their assets are now much larger than their supporter base can support. Woof.

The rest of them, well fair enough.

It’s certainly a while since we rose as one and as a result of that rising changed the policy direction of the country. But Trotter puts the charge of activist failure on identity politics and intersectionality.

In practice, their “big idea” – intersectionality – turned out to be one enormous intersection at which ideological traffic, arriving from every direction, snarled and snarled itself into gridlocked ineffectuality. Idealistic kids, inspired by the 1/99% meme, and eager to join the revolution, were confronted with a paralysing Discordia. Not only did it seem that they were being asked to give up their “privilege/s”, but also their sanity. They left the Occupy encampments as disgusted as they were disillusioned. The forces of neoliberal order swatted away what was left like so many buzzing flies.

He’s partially right – we do spend an awfully amount of time arguing with each other about matters of smaller and smaller moment concerning smaller and smaller numbers of people, while inequality slides downhill from glacier to avalanche. But through the history of the left, that activist splintering and frission is as true in the 1930s as it is now. The rapid growth and expansion of whole phalanxes of liberation that occurred from 1974 through to 1985 including anti-racism, anti-nuclear, anti-colonial, anti-sexism, and ecological movements all made huge impacts without cooling too fast. And we’ll always have “idealistic kids”.

So, is it a systemic problem? It’s certainly true that members of political parties are tiny, and activists within them can indeed turn a tough electoral situation worse:

If the powers-that-be had set out to create an ideological system designed to render the progressive mass movements of the past utterly unrepeatable; while ensuring that any attempt to confront neoliberal capitalism with a Corbynesque “For the Many, Not the Few” electoral agenda, is instantly paralysed by bitter and protracted factional strife; could they ever have come up with a political poison as effective as identity politics?”

But “intersectionalism” isn’t the primary cause of activist cooling.

The first siphon of activism has been in activist professionalization through Mixed Member Proportional Representation starting in 1996. The smaller and more activist groupings are getting their voices heard through direct representation in parliament, so there’s much less need to shout about it in the streets whether left or right. From gay marriage to climate change, MMP has enabled the satisfaction of most activist grievances to date with little fuss outside of coalition talks.

The second route is inside the institutional capacity of the state. Since the 1980s but particularly in the last two decades the state has expanded into so many different fields and with ever-greater precision in how it assists people to change their lives. I’m not saying they’ve made social welfare or the health system easier to navigate. It’s damn awful. But I am claiming that after two decades of successive crises that have smashed us, our state intervenes harder and bigger than it ever has and most have benefited.

The third avenue is in the maturing of activist institutions. Twenty six years after the Tainui settlement and with just a couple of the large ones outstanding, Maori pick their fights narrowly, with clear commercial benefit, and they generally win. Similarly Forest and Bird and others are now well resourced with massive activist bases and boy when they pick a fight with the state, the state tends to lose badly. Also, 20 years of the Resource Management Act has further enabled the professionalization of local protest in a manner that gets clear mitigation and often stoppage of offending projects.

Now, it’s perfectly true that real estate capitalism is at least as powerful now as it was in the 1860s, so it’s not unreasonable to ask why our collective “dog” could not all rise as one about housing poverty. Is it really because “so many identities have been telling him for so long to keep his privileged mouth shut”?

It’s hard to rise in our thousands against real estate capitalism not because the LGBT alphabet is getting complex or the Pasifika brown moral conservatives don’t mix with the haute-bourgeoisie who run Ponsonby’s media empires. It’s not like we’re too posh to push.

There’s one extra element, paralleling New Zealand’s satisfaction with the Savage/Fraser government: we have the combination of an exceedingly popular Prime Minister, a stupendously huge economic crisis, and a simply monumental series of state interventions responding to it. Three decades of really popular and generally effective government will suck the life out of any movement.

And since government has signalled it will continue to make similarly-scaled interventions into our society and our economy well into the future, crowds of shaggy 1970s activists rattling their zimmer frames in unison up Queen Street grunting what do we want? We want somethingsomething may no longer be necessary. But woe betide the rest home that gets Chris Trotter.