Rich resignation a huge blow for the Nats 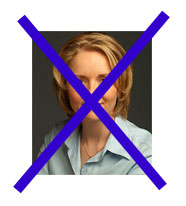 Rich ran the “compassionate conservative” line hard during her time in parliament. She was the more acceptable face of the the Nats on social issues and the only Nat MP to support the repeal of s59 right through until Key’s final deal. The Press also notes that it was Rich who convinced the party to drop bulk-funding of teacher salaries. Presumably that’ll be back on the agenda now that Peachey is the deputy education health spokesperson. Back in November we reported from the Nelson Mail:

National MP and former principal Allan Peachey has broken ranks with front-bench colleague Katherine Rich over education policy, arguing in favour of the bulk-funding of teacher salaries The Tamaki MP and associate education spokesman publicly endorsed the controversial model of funding schools. This directly contradicted Ms Rich, who is the party’s education spokeswoman.

I can’t help but think that alongside the “family issues” Rich cites as her reason for leaving that she may have felt that some of the battles she was going to have to fight inside the National caucus were unwinnable for her.

English won’t be happy. His camp has lost a huge asset.

39 comments on “Rich resignation a huge blow for the Nats ”