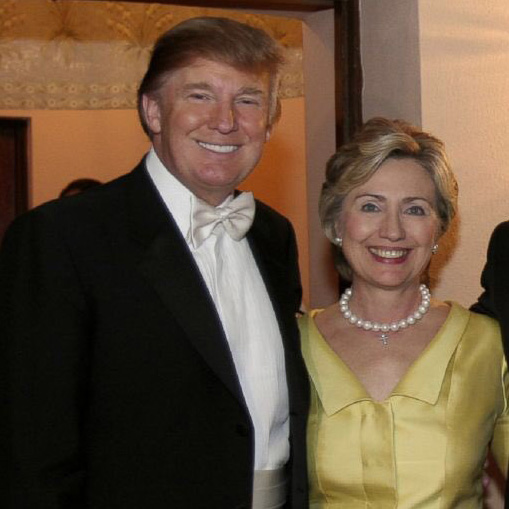 When the Roman army crossed the Mediterranean to attack Carthage in 149 BC, they really went to war. They lay seige to it for two years. The Carthagenians were offered surrender terms, but would not do so unconditionally. So the Romans broke in and took it, house by house, temple by temple, massacred everyone they could find, and sold the rest later into slavery. They then burnt it entirely into the ground. It’s claimed that they then got tonnes of salt, and ploughed it into the fields, so that even when any determined survivors returned a little, it would be really hard to grow crops for a very long time. Carthage would never rise again.

Now, with the repetition of a single word – rigged, rigged, rigged – and with the help of Russian hacks into the voter logs of Arizona, and voting machines in Florida, Donald Trump is seeking to poison the field of democracy for the current likely winner Hillary Clinton: if you can’t inherit the land, sow it with salt.

We saw similar tricks played in Ukraine and Georgia when they sought to wrench themselves free of Russia’s orbit and become part of the West. Putin probably understands that he has lost these vassal states for a very long time.  But he has invaded both and ensured that even if they wanted to join NATO, they simply couldn’t. Putin has salted the fields of Ukraine and Georgia for future Western engagement.

Trump is not Putin. America is not Russia. It wasn’t hard for Putin to destroy democratic institutions in countries were capable democracy was less than a decade old. But make no mistake: Trump is seeking to salt the land of U.S. democracy more thoroughly than any Presidential candidate since the U.S. civil war.

In some ways it’s good to seriously debate things like: nuclear capability in North Korea, or Iran, or even the existence of NATO. But Trump is attacking the process of debate: the media are rigged, the democratic system is rigged, he won’t accept the result. Rigged, rigged, rigged.

If you argue against this post, you are helping to sustain the process of debate, which is the lifeblood of democracy. You are stopping the fields from being salted.