The Dreamworld tragedy is a perfect metaphor for a failing system 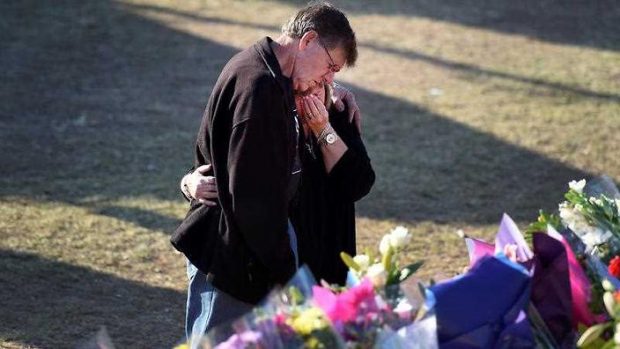 This week four innocent people lost their lives after a malfunction at the Dreamland fun park on the Gold Coast in Australia.  All sorts of inquiries are under way and no doubt the Australian equivalent of Health and Safety as well as the police are reviewing matters to see if and what charges should be laid.  The police are treating the matter as a homicide as they should.  People should not go to an amusement park and lose their lives.   Call me old fashioned …

Already circumstances are pointing to a major failing on behalf of the corporation involved.  It is not as if the cause of the accident was completely unpredictable or a figurative act of god.  Because the Australian Union Movement had been complaining for a while about lax standards and shoddy maintenance and the potential for disaster at the site, all to no avail.  From 9News:

Dreamworld workers feared they or visitors would be seriously injured for more than a year leading up to the tragedy that claimed the lives of four people this week, union officials say.

Persistent safety and maintenance concerns dating back to April last year will be detailed in an extensive dossier prepared for the coroner by the Australian Workers’ Union, the Courier Mail reports.

It is believed the dossier, which will be finalised today, will outline fears that maintenance work was not carried out in accordance with manufacturer guidelines and that the wrong engineers may have been tasked with looking after rides.

The document could also reportedly allege workers who voiced such concerns were bullied or intimidated.

AWU secretary Ben Swan said the union had held numerous talks regarding safety and maintenance with Dreamworld owner Ardent Leisure, but those talks often broke down.

He said in April last year the union lodged a freedom of information request related to a separate industrial accident but was denied.

“What I can say is that it’s now a matter of public record, because we put right to information requests into the ­division of Workplace Health and Safety that we had ­concerns,” Mr Swan told the newspaper.

Get the feeling that in pursuit of increased profitability maintenance standards were pared to the bone?  And the response to the Union’s clearly well placed concerns were typical of modern corporate behaviour?  Bullying and intimidating workers who raise legitimate concerns about safety should not be allowed to happen.  Because inevitably the workers know what is going on and should be listened to not intimidated.

The aftermath of the tragedy has also been a textbook case of how insensitive and tone deaf corporates can be to any suggestion of fault.

In the same week as the tragedy the chief executive Deborah Thomas was awarded a bonus of AUS$850,000 for her apparently exemplary performance.  She has promised to donate the cash proportion of her bonus, a fifth of the total, to charity.  The sense of calibration is high.  She does not have to sell any stock.  A human being may have wanted to donate all of the bonus to the victims families.

No doubt the disaster occurred at least in part because Thomas oversaw a system that cut costs to the bone.  The excuse, that the bonus was based on her performance during the past financial year and so could not take into account what happened this week is the sort of rationale a heartless lawyer would suggest.  While technically correct it grates.

And then there was the proposal that the park reopen two days after the tragedy.  There was another carefully calibrated response with the added feature that the money would be donated to charity but you get the impression that the offering to charity was a business decision calculated to allow the park to reopen as soon as possible and the cashflow to continue.

And there was the utter clusterfuck where the Chief Executive claimed that Dreamworld had been in contact with the families of the victims but the reality was that they had not.  We live in a post truth world.  But there is still an expectation that what people say has an approximate relationship with reality.

Ardent Leisure, which owns Dreamworld, held its annual general meeting in Sydney today, and faced fierce questioning from media about the deadly incident.

At the news conference, Ardent Leisure CEO Deborah Thomas said the company had reached out to the families affected and had “finally made contact with the Dorsett family” to offer “every assistance that we can”.

However, a journalist later told Ms Thomas that the Dorsett family was watching the news conference and was “furious” at the suggestion they had been offered support from Dreamworld management.

“We didn’t call the Dorsett family directly because we didn’t know how to contact them, so we have been to the police liaison officer,” Ms Thomas said.

“I will not call her now in front of the media, but I am very happy to call her very soon after this meeting.

“Yesterday was all about trying to get hold of the families so we could offer assistance, and we have it back from the police that they have made contact with them.

“And my understanding was that our people would be with them today. So, please, give me that [phone] number, thank you.”

The incident is so sad.  Innocent people lost their lives because corporate greed stopped proper maintenance occurring despite the trade union movement urging that this occur.  The post death response from the Corporation seemed to be calculated to maintaining cash flow rather than dealing with a human tragedy.  And the attempt to suggest that the Corporation had been in touch with the victim’s family when they had not is as perfect an example of post truth reality as you can imagine.